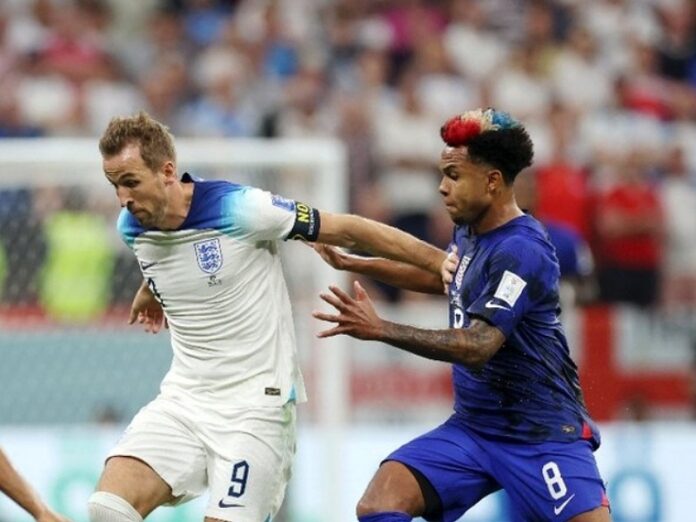 Another 0-0 scoreline was a fair result in a flat game for USA as England’s group heads to the final day at the Fifa World Cup.

With an opportunity looming to become the first team to seal a place in the last 16, England manager Gareth Southgate named the same side as the one that ran rampant over Iran on Monday.

It was the first time the Three Lions went unchanged since losing in the 2018 semi final against Croatia.

England were stuck in first gear from the onset, with Christian Pulisic coming closest for the States in the first half as the Chelsea man hit the crossbar just after half an hour at the Al Bayt Stadium.

A flurry of corners early on in the second period saw Pulisic test Harry Maguire and John Stones in the England defence, but some crucial headers and good control of the ball at the back kept matters level.

The creative spark from Monday’s performance was lacking, though. And despite Harry Kane getting a good chance late on, the USA walked away with a deserved point.

The result sets up the group well ahead of the final group stage matches — with Iran and Wales still in with a chance of qualification alongside England and USA..

Pictured above: Harry Kane and Weston McKennie failed to find a breakthrough