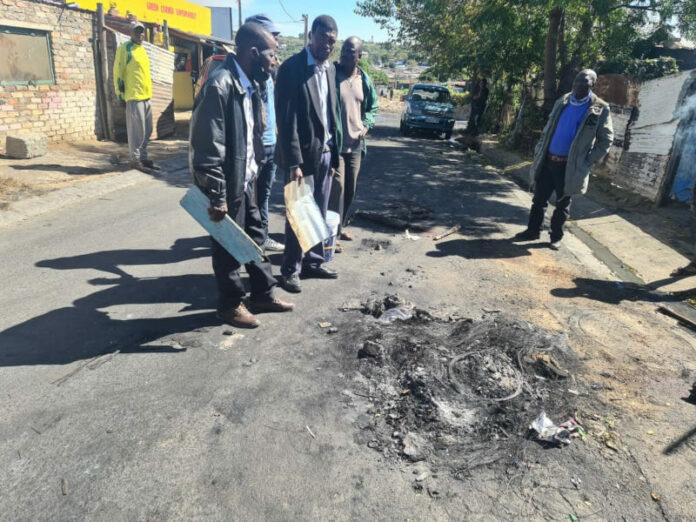 The United Nations (UN) has decried the rise in acts of violence towards foreigners in South Africa following the horrific murder of Elvis Nyathi, a Zimbabwean national, in Diepsloot in Gauteng last Wednesday.

Acting head of the UN Ayodele Odusola said in a statement that acts of violence towards foreigners, whether they are undocumented or not, cannot be tolerated.

“It is deeply worrisome and unfortunate that this is happening in a country with one of the most inclusive constitutions globally,” Odusola said in a statement.

He went on to express concern of the actions of anti-immigrant movements, such as Operation Dudula, which are gaining momentum across the country.

“Over the recent past we have noted with deep concern as movements such as Operation Dudula are illegally forcing people suspected to be undocumented foreign nationals to show their papers.

“Our thoughts are with the family of Mr Nyathi and with all of those families affected by similar violence in the recent months.”

Nyathi, a father of four, was beaten and burnt to death by a vigilante mob in Diepsloot following a march led by Operation Dudula leader Nhlanhla Lux Dlamini on Wednesday.

Tensions were rife around the embattled township in the days leading up tp Nyathi’s murder, as locals mourned the killings of seven residents in a single night over the weekend.

Protests at the beginning of the week were met with a speech by Police Minister Bheki Cele, who promised greater police presence in the township.

In his statement, Odusola highlighted that the rights of everyone in South Africa, including refugees, asylum seekers or stateless persons, must be protected.

He echoed President Cyril Ramaphosa’s words, who said last week: “As a country founded on tolerance, respect for diversity and non-discrimination, we must never allow ourselves to turn against people who come from beyond our borders.”