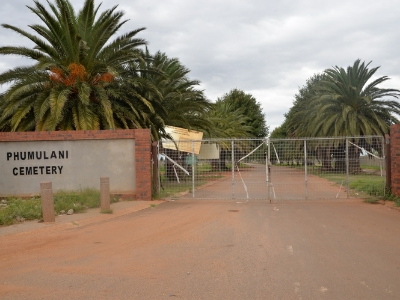 Undertakers and residents in Ekurhuleni are calling for the City of Ekurhuleni to reverse their decision to stop burials on Sundays and public holidays.

In a notice released by the City’s Environment Resources, Waste and Management and Parks and Cemeteries Division, it said burials at cemeteries will be suspended on Sundays and public holidays until further notice.

Cemetery staff will not be on duty on Sundays so all burials and bookings must be concluded by Saturday.

This is the message sent to the undertakers operating in Ekurhuleni who were asked to relay the message to their clients.

An undertaker operating in the area, Gugu Mbonani, said it was unfair of the Metro to take this decision without consulting the undertakers and residents.

Along with other undertakers she was informed of the decision last weekend when she went to make burial bookings.

“The decision was taken prematurely especially now that we are expecting the third wave,” she said.

“If there is a holiday then we will only have five days to squeeze all the burials and force families to bury during the week.”

She said it would have been better if they allowed for burials Monday to Saturday even when there are public holidays.

“The Metro needs to reverse their decision,” she said.

Pastor Maria Shongwe said he does not understand why the Metro felt the need to change the burial arrangements.

“The Metro failed to consider that there are other religious groups that observe Saturday as Sabbath,” said Shongwe.

“We are forced to carry out our burials during the week. This is not fair on us.”