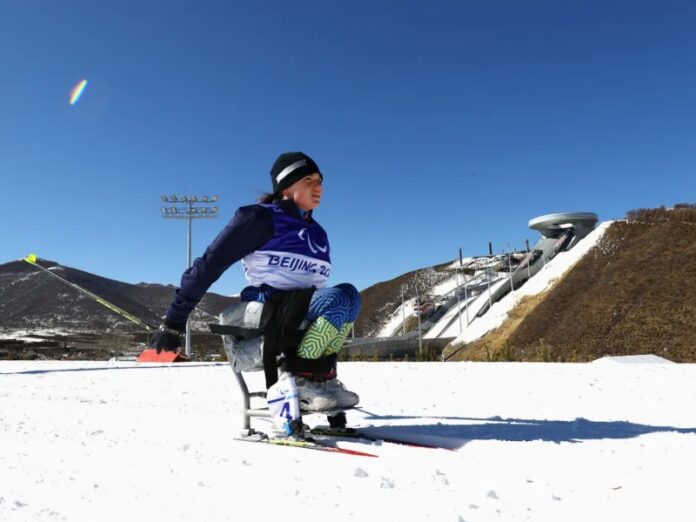 Ukrainian athlete Anastasiia Laletina withdrew from a race at the Beijing Paralympic Games after learning that her father had been captured by Russian soldiers.

The 19-year-old was set to compete in the middle-distance sitting para biathlon on Tuesday morning, but the news of her father’s capture saw her pull out of the race.

“Her father is a soldier in the Ukrainian army and was taken prisoner by Russian soldiers. They beat him. She was very upset and couldn’t take part in the race,” a team spokesperson told AFP.

The Paralympic Games website has the Ukrainian still registered to compete in the para cross-country skiing event but it remains unclear as to whether she will still play a part in Beijing.

A total of 20 athletes from the Ukraine travelled to China to compete in the Olympics and have won 31 medals thus far, of which six are gold.

For the start of the games, the Paralympic Committee banned all athletes from Russia and Belarus from competing at the games following the invasion of Ukraine.

Athletes from the region have admitted that it is difficult to focus on the games while their country is being attacked.

“Emotionally it’s very difficult to focus and to concentrate on the race and the competition, so this is the most difficult Paralympic Games for me,” said athlete Oleksandra Kononova.

Dmytro Suiarko said his performance dropped after finding out that his home was bombed and destroyed by Russian forces.

“I am happy to be competing, but you know the situation in Ukraine. Concentration is needed in biathlon and I missed twice. Yesterday the house where I lived was bombed and destroyed,” he told the Guardian.