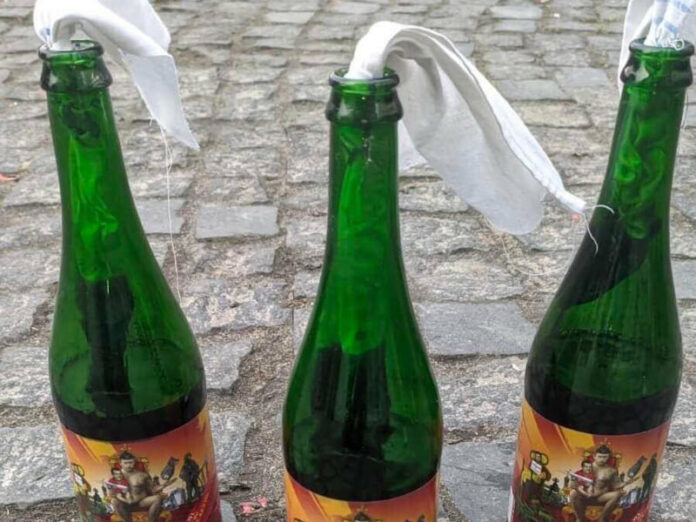 Pravda Brewery in Ukraine has joined the war effort by suspending production of beer to start making Molotov cocktails.

Molotov cocktails are a type of makeshift bomb made by filling a breakable glass bottle with petrol which can be thrown at military vehicles.

Pravda Brewery’s product has a label which reads “Putin huilo”, which translates roughly to “Putin is a d***head”.

“Right now, nobody is drinking much beer anyway because of the war so we decided to use the bottles to make Molotovs instead,” said Juri Zastavniy, the manager of the brewery.

Pravda Brewery has always been political. It was set up in 2014 to protest against Russia’s annexation of Crimea. Many of its 25 staff members have experience of making Molotov cocktails from the violent protests at that time.

The move will no doubt be endorsed by the Ukrainian government whose National Security and Defense Council posted instructions on Twitter on Saturday detailing how to make a Molotov cocktail.

“While our partners load planes and cars with weapons for Ukraine we are preparing our branded ‘brotherly’ gift for the Russian bastards. We are arming ourselves, preparing, and destroying the occupiers!” read the accompanying Tweet.