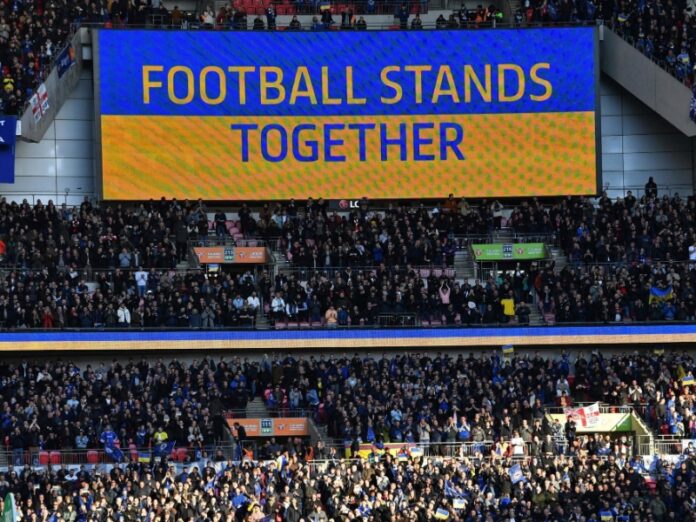 As Russia’s invasion of Ukraine rages on, Ukraine’s World Cup qualifier against Scotland could be postponed to a later date.

With the invasion of Ukraine continuing to escalate, it seems near impossible that the national football team will be able to play a fixture in just three weeks’ time. Football authorities have raised concerns that the nation may not be able to field a full-strength squad to secure a spot in Qatar.

The Scottish Football Association have sent a letter to their Ukraine counterparts, offering their support and stating that they will accommodate any suitable arrangement for the fixture.

“We remain in dialogue with Uefa and Fifa regarding our men’s Fifa World Cup play-off and women’s World Cup qualifier and have offered to support our Ukrainian colleagues’ preparations as best we can in these unimaginably difficult circumstances,” it said in a statement.

A formal request to postpone the fixture does not mean that the fixture will be postponed. A decision has to be made by the end of this week as the international break looms.

Further implications of the Russian invasion of Ukraine include that all Russian football teams will be banned from Fifa and Uefa competitions, which includes the World Cup.

This means that Poland will now receive a walkover victory against Russia who they were due to meet at the end of March. Poland will face the winner of the Czech Republic vs Sweden fixture for a spot at this year’s World Cup.

Reports initially suggested that teams such as Hungary and Finland, who narrowly missed out on a play-off spot, were being considered to play against Poland in Russia’s place. These reports have not been confirmed, however.