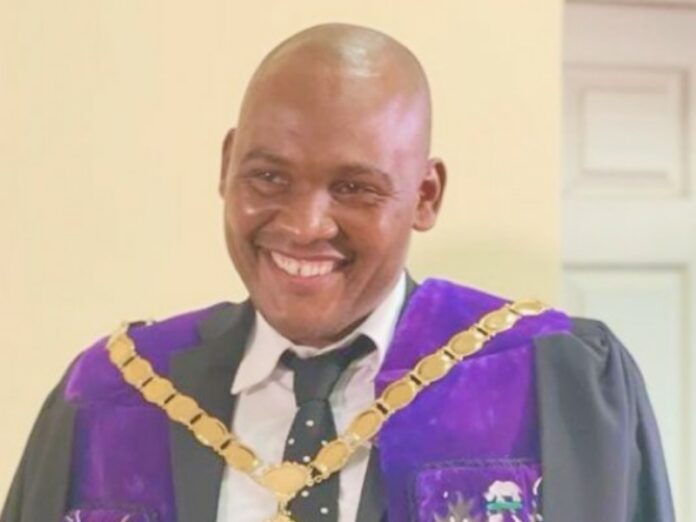 The ANC’s Mbongeni Gina and Mxolisi Mthethwa from the IFP insist they are in charge of the Mtubatuba Local Municipality in KwaZulu-Natal.

However, on the same day IFP councillors caused chaos – complaining that their colleagues were locked outside the chamber – to prevent voting from taking place.

The IFP used this as a reason to take the election result to court. As a result, a council sitting was called by Speaker Dipuo Ntuli to hold another vote. This time, a different mayor, Mxolisi Mthethwa of the IFP, was elected.

But many aren’t accepting the outcome of this election.

The ANC told Scrolla.Africa that the meeting was unlawful so Mbongeni Gina is still the mayor.

“No meeting was ever called by the Speaker to convene the council sitting. The IFP used their unlawful meeting to elect their parallel mayor,” said Verus Ncaphalala is the ANC regional secretary in Far North.

“The ANC doesn’t want to understand that the people of Mtubatuba voted for the IFP in their numbers,” said Ntuli.

On Tuesday the Pietermaritzburg High Court issued an interdict which removed the recently elected IFP mayor but the matter is going to be revisited on 26 January so full arguments can be heard.

Co-operative governance MEC Sipho Hlomuka approached the court after the municipality elected a parallel mayor, a deputy mayor and a speaker as well as appointing an Acting Municipal Manager at a council sitting that was seen as unlawful.

“We are pleased that the court has sided with our argument which deemed the election of parallel Mtubatuba office bearers unlawful. The court’s interdict has served to restore basic governance, administration and service delivery,” said Hlomuka.