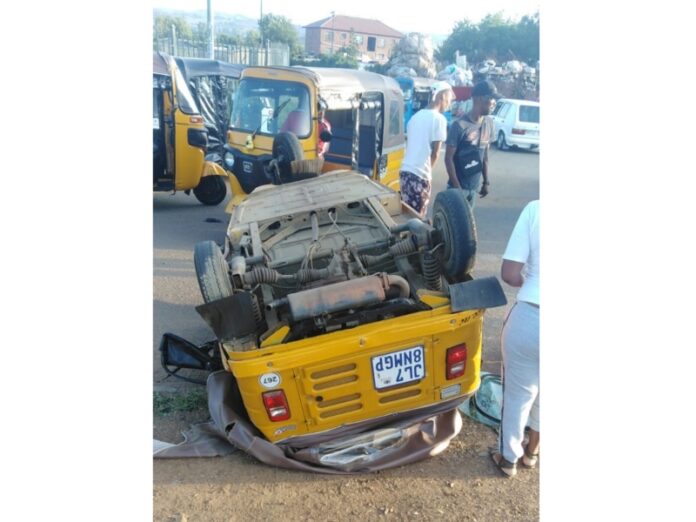 At first the locals thought that tuk-tuks in the kasi would be a great idea.

The three-wheeled motor vehicle is a popular form of taxi transportation in countries across the world.

For years, residents of Eersterust in the east of Pretoria would struggle to find transportation for local trips. When the tuk-tuks arrived, residents were overjoyed to finally have a service that made travelling in and around the township easier.

But the joy didn’t last long.

Residents have accused the drivers of speeding and driving drunk. Almost every day residents complain on social media about the speeding and the disregard for traffic laws by the drivers.

Some residents claim to have lost goods under suspicious circumstances, while travelling in tuk-tuks.

On Sunday, a woman and a driver had to be taken to hospital after a speeding tuk-tuk overturned and crashed.

The accident left residents shocked and videos and pictures of the dramatic accident went viral.

“The tuk-tuk tried to overtake a car when we suddenly saw the tuk-tuk flying through the air and the passenger was flung out onto the side of the road. It was shocking to see. The way it was speeding, it was inevitable that it would crash,” she said.

Louw said that she hopes that this accident will lead to tuk-tuk drivers taking more care on the road, before they or someone else is killed.

“I hope this accident serves as a lesson to tuk-tuk drivers to stop speeding and follow the traffic laws and for us as passengers to speak out against reckless driving.”

She said she was relieved to find out that the passenger survived the crash.

“We have a zero-tolerance for reckless behaviour and driving but we can’t be everywhere. We make sure that reckless drivers are barred from operating and we will continue to ensure that drivers follow traffic laws. We expect passengers to be our eyes and ears,” said Solomon.

Councillor Benjamin Lawrence said he was relieved that lives weren’t lost in the accident.

“Tuk-tuks offer a great service to our community and we must work with them to make sure that they treat passengers with respect and follow traffic laws,” he said.