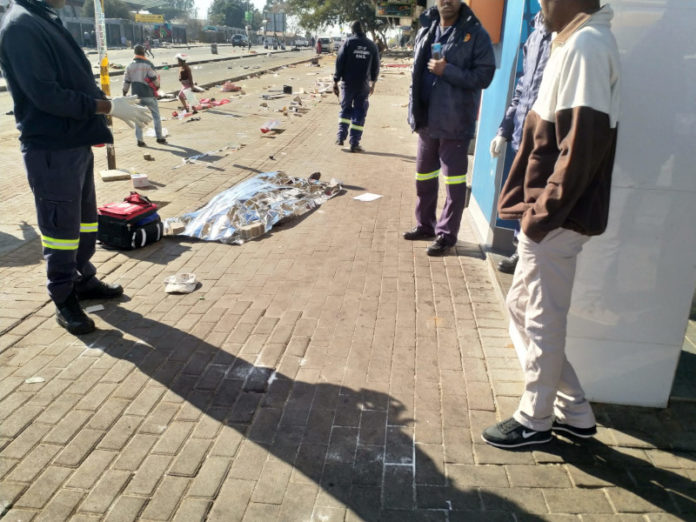 A toddler is among the six people who have been killed in Gauteng and KZN since Sunday.

The child from Folweni, Durban died during a stampede when protesters were stampeding a Boxer store.

The police confirmed that 219 people have been arrested in the two provinces since Sunday.

Four people were killed in different areas of Durban on Sunday night where they were taking part in the Free Zuma protests.

A man was shot and killed allegedly by a security guard who was trying to disperse a group of protestors who were burning businesses near the Dalton Hostel.

Earlier a man was shot and killed allegedly by the police who were trying to prevent the looting taking place at the Mtshebheni Shoprite store in Inanda.

In Nquthu a man was killed after he was shot by protesters after he tried to cross the barricaded road at Nkalankala area.

UMngeni Park Zoo was also looted last night. It is reported that five pythons and 16 monkeys were stolen.

One of the monkeys was found in uMlazi.

This incident is yet to be confirmed by the Provincial SAPS.

In Alex and Thokozani in Gauteng two people were killed and shops were looted.

The looting and vandalism of properties in KZN has led the DA and IFP to call for the ANC to come out and take a stand against the protests.