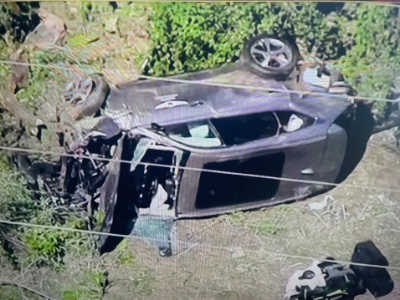 Prayers and thoughts were being sent from all over the world last night as news broke that champion golfer Tiger Woods had been severely injured in a roll-over car accident in California.

The 45-year sustained multiple leg injuries though it is unclear exactly how serious his condition is.

The Los Angeles Sheriff’s Department said in a statement that they had responded to a single vehicle roll-over traffic collision. “The vehicle sustained major damage.”

Continued the statement, “The driver and sole occupant was identified as PGA golfer Eldrick ‘Tiger’ Woods. Mr. Woods was extricated from the wreck with the ‘jaws of life’ by Los Angeles County firefighters and paramedics, then transported to a local hospital by ambulance for his injuries.”

The sheriff’s department said it is conducting an investigation into the crash.

In a statement issued to Golf Digest, Woods’ agent Mark Steinberg said: “Tiger Woods was in a single-car accident this morning in California where he suffered multiple leg injuries. He is currently in surgery and we thank you for your privacy and support.”