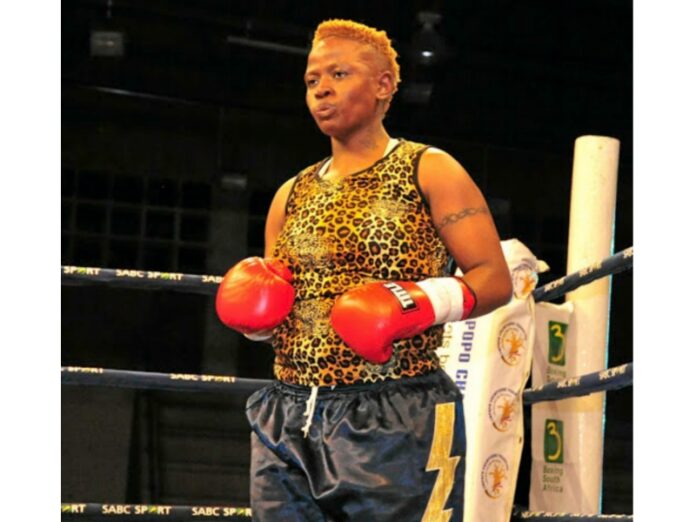 Mapule “Thunder” Ngubane is ready to reclaim her South African middleweight crown five years after she was forced to forfeit it due to inactivity.

The 33-year-old from KwaZulu-Natal, who is based in Gauteng, is scheduled to meet Rushda Mallick from the Western Cape to compete for the vacant crown in Durban next month.

Ngubane said she was hurt when Boxing South Africa authorities informed her she was being stripped of her title after not defending her crown for four years.

“Besides working part time at a car wash here in Jozi I do not have a job. What hurt most was I had only defended it once since winning against Esther Matshiya in 2014,” said Ngubane, who began boxing in 2010.

“I depend on boxing to earn a living because I have a family to look after in Pietermaritzburg.”

She had the chance to clinch the WBF and the Commonwealth titles but ended up losing to worthy opponents.

“I learnt a lot from those heavy defeats. My opponent must brace herself for war,” said the former champion, who is trained by former boxing professional Samson Ndlovu in Soweto.

Her opponent, Mallick, is a novice with a record of two wins, a loss and a draw. She has her work cut out against a formidable opponent who has been to war against 10 other fighters.

In her last outing “Thunder” cruised to a points win over Lilian Molala early last year.