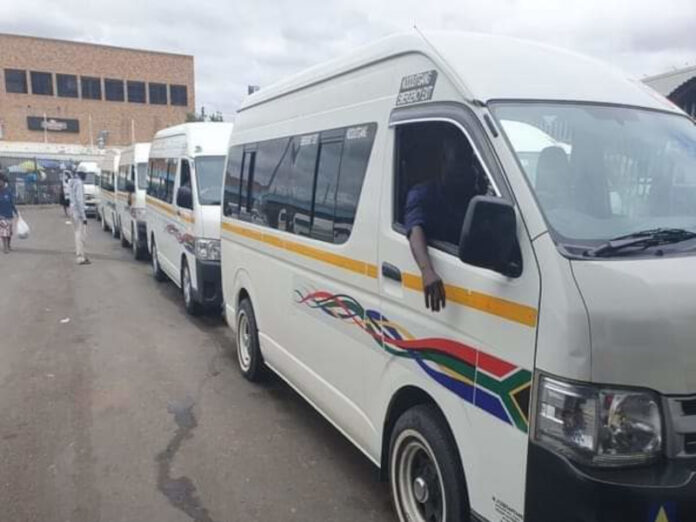 Taxi operators and passengers are under attack from thugs in and around Mamelodi.

The thugs board taxis under the pretence that they are passengers.

But in the middle of nowhere, usually at night, they ask to get off – and that is when they show their true colours.

Other thugs they work with are waiting, ready and armed, to rob unsuspecting taxi operators and passengers.

Motorists picking up hitchhikers have not been spared.

Boschkop police spokesperson Sergeant Yeroboam Mbatsane has warned taxi operators and motorists to be vigilant when driving in the bush and when passengers ask to get off in the middle of nowhere.

He said they have had incidents of passengers and taxi operators robbed while commuting in taxis that carry passengers between Mooiplaats road and the Boschkop area.

“Furthermore there were passengers robbed at the new road that connects Mamelodi and Skierlik,” Mbatsane said.

There are other dangers to look out for – specifically, spikes on the road.

He said police would like to advise motorists to avoid the R104 at night because it’s not safe to drive there.

“If motorists happened to be driving there they must be on the lookout for suspicious objects on the road. When motorists get their tires punched, they must not stop until they are safe to do so.”

He said motorists must also try to get help as soon as possible and that includes calling the police.

“Spiking suspects and those who rob passengers are very dangerous and heavily armed. As a result, the victims must not try to fight back or resist their instructions to avoid death or injuries.”

“Drivers drive with fear because you can’t tell the difference between a thug and a passenger,” he said.

He added that incidents have gone up recently. “It was very rare to hear of drivers being robbed but lately the incidents are happening a lot. We really need police intervention.”

Passenger Pauline Kabini said since there have been a spate of robberies, taxi drivers don’t want to stop when it’s dark.

“I knock off late because I work at a restaurant. I pray inside for God to spare us every day since a taxi a colleague was in was robbed,” she said. “Drivers now no longer want to stop at a passage where I get off because it’s dark. At least my husband waits for me.”