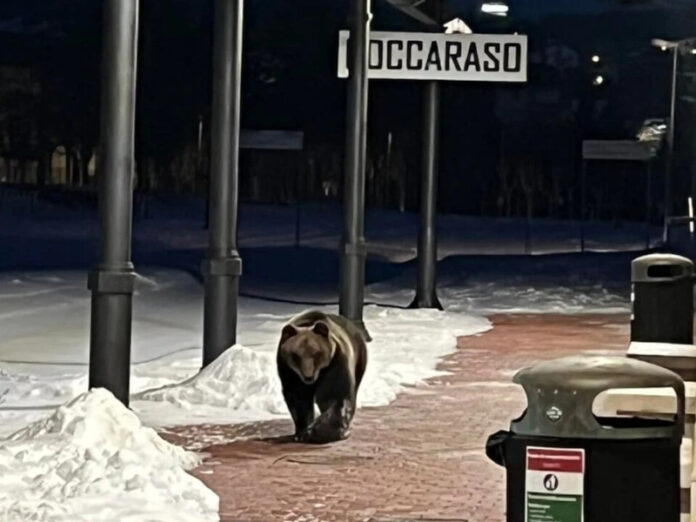 He just couldn’t resist the freshly baked biscuits from Marina Valentini’s bakery at a ski resort in Italy – and now it’s turned his life upside down.

Juan Carrito, a brown bear who’s well known to the locals of Roccaraso, usually kept his distance – snoozing under local pine trees and eating discarded pizza out of rubbish bins.

But when the aroma of freshly baked cookies wafted in his direction, there was only ever going to be one outcome.

“I was at home, when my husband called and said: ‘Marina, there’s a bear in the bakery’. My first response was: ‘Have you been drinking?’” said Marina.

Juan had entered the shop through the back window.

“I had baked so many and some were on the table while the rest were in the oven. The oven doors were slightly open and he managed to pull out all the trays and eat the biscuits.”

Juan’s adventure into the local bakery was not his first adventure in the town – the two-year-old Marsican, a critically endangered subspecies of the brown bear, was practically a resident in the area.

However, following the bakery break-in, local forest rangers tranquillised Juan and flew him by helicopter to the Majella National Park.

But the gentle bear clearly got homesick. He left the park and several days later he was back in Roccaraso, digging through the bins for his beloved pizza crusts.

The rangers captured Juan again, and this time they wouldn’t be fooled so easily. They moved him to an enclosure in Palena with three other bears, where he currently resides.

Residents in the area were conflicted over Juan’s capture, as they felt he belonged with them. Authorities however ruled that the possibility of him causing harm was too serious and for his own well-being, they felt it was right to move him.