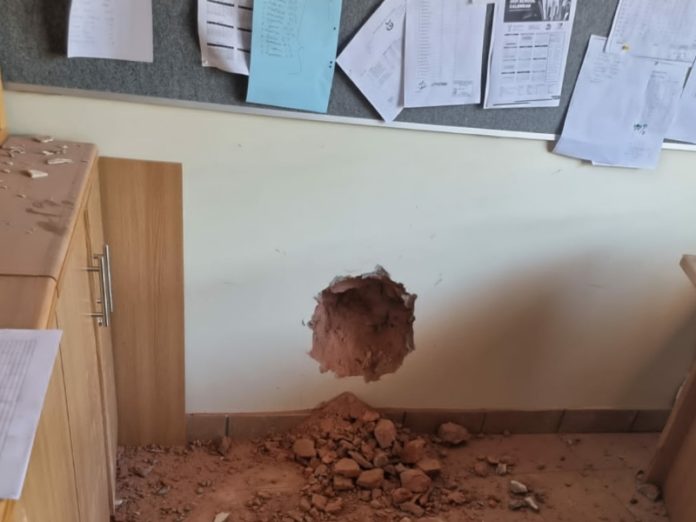 Thieves have dug an underground tunnel into a Limpopo school building and stolen items worth R24,000.

Before tunnelling, the three suspects ambushed a security guard at Motsheudi High School in Ga-Sekgopo village outside Modjadjiskloof.

They tied him with barbed wire and locked him inside the control room. They planned to use his set of keys to gain access to rooms which stored valuable items.

After the guard told them he didn’t have keys to the strongroom, they moved to Plan B.

The three burglars went into the adjoining offices and began to dig the tunnel.

They dug through to the principal and deputy principal’s offices.

School Governing Body Chairman Mapoma Ramalepe told Scrolla.Africa that the school suspected the thieves had inside information as they knew where to go.

“We just hope the stolen items won’t hinder teachers from continuing with their lessons and we urge police to work around the clock in arresting the thugs. Villagers must also alert us if someone tries to sell them some of the said stolen items,” Ramalepe said.

Limpopo police spokesperson Brigadier Motlafela Mojapelo said they are investigating a case of business robbery. “The security guard managed to untie himself and ran to a local clinic where police were called. We have not yet arrested anyone so far but our investigations are continuing,” said Mojapelo.