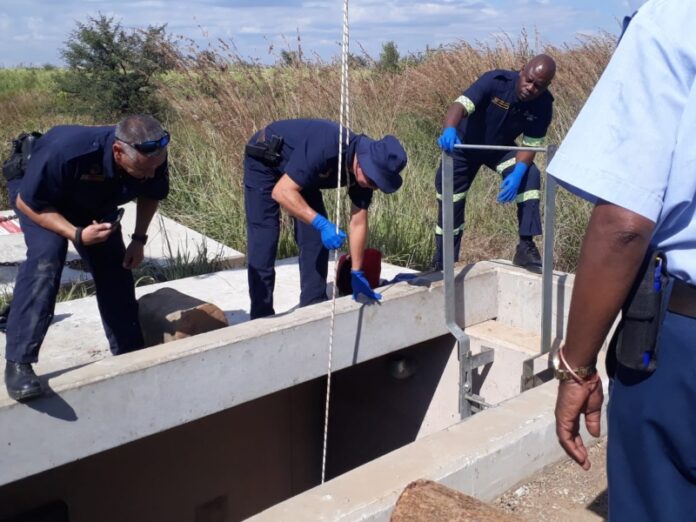 Despite the government cushioning motorists with a slash in the fuel levy, petrol and other fuels remain expensive, leading to the hijacking of fuel and its tankers.

Over the weekend, a petrol thief used a security guard’s uniform to gain entry to a fuel manhole.

He tried to steal petrol but drowned in the manhole that houses a petrol pipeline switch in Bronkhorstspruit, Pretoria.

Mbatsane said the guards received a call from their control room to check the signal that was activated from their area.

“Upon investigating, the security guards made the gruesome discovery of the body of a man lying in the pool of petrol facing up. The suspect was dressed in clothes similar to those of the people working for the pipeline,” he said.

Mbatsane said the alleged thief’s oxygen equipment was a makeshift and was likely faulty.

“Police divers were called to rescue the suspect who was declared dead on the scene,” said Mbatsane.

“The suspect is an unknown African male suspected to be between 35 and 40 years old.”

He said anyone found to be tampering with the infrastructure will be dealt with very harshly.

“The bulk petrol supply pipe is classified under the national key points, therefore such criminal activities won’t be tolerated,” he said.

He said police and other law enforcement agencies are patrolling the area 24/7.

“The police have opened an inquest docket to establish the circumstances surrounding the suspect’s death,” he said.

“People with information regarding the incident are urged to contact the nearest police or report anonymously on mySAPSapp.”