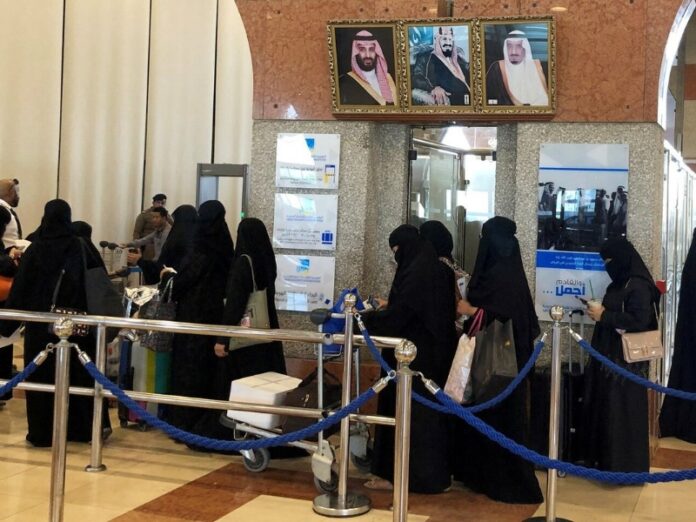 A job advertisement calling for 30 female train drivers received over 28,000 responses, as Saudi Arabia opens up more opportunities for women.

After a year of instruction, the new recruits will drive bullet trains between Mecca and Medina.

The move marks the latest by Saudi Crown Prince Mohammed bin Salman to diversify the kingdom’s economy. It also shows the enthusiasm amongst its female population to seize opportunities they were previously banned from taking.

Until recently, women in the conservative kingdom were restricted to a tiny number of jobs, including teaching and some medical work.

They weren’t allowed to drive until 2018 and it wasn’t until 2019 that they could travel abroad without the permission of a male guardian.

Since the crown prince began opening up job opportunities for women five years ago, female participation in the workplace has almost doubled to 33%.

However, Saudi Arabia still has one of the lowest female workforce participation rates and worst human rights records in the world.

Women continue to face discrimination in the workplace and have unequal footing to men when it comes to marraige, obtaining healthcare and decisions relating to children.

The kingdom regularly cracks down on protests by women’s rights activists and detains their organisers.

The activist Mayaa al-Zahrani was arrested in 2018 for a social media post in support of a fellow activist and it is still unclear whether she has been released.