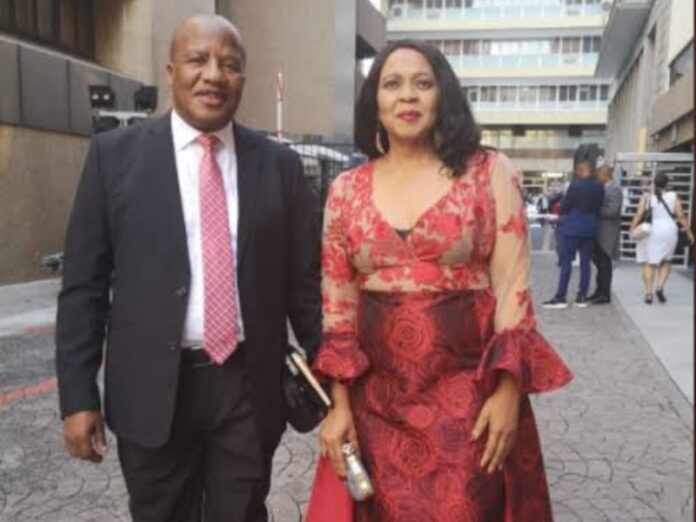 Thembi Mthembu, the widow of the late minister Jackson Mphikwa Mthembu, kept her family life private until the last.

Thembi had been married to the former minister for more than 20 years until he died from Covid-19 complications in January last year.

Fifteen months later, on Thursday morning, the widowed Thembi died from an illness at a Pretoria Hospital, aged 51.

Although she was married to a prominent politician, she never revealed much about her own life to the media.

We know that she was a nurse at a local clinic in Emalahleni Township in Mpumalanga, where she lived with Jackson and their children.

Notably, she was very rarely spotted in public, and was occasionally spotted alongside Jackson during the Presidential State of the Nation Address.

It is also known that the Mthembu’s navigated a rocky homelife, and endured one terrible tragedy.

Thembi and Jackson’s daughter Khwezi took her own life at the Parliamentary Village in Cape Town in 2019.

The family has also drawn publicity over their son Vuyo’s reported drug use.

Scrolla.Africa understands that Thembi suffered a heart attack shortly after the passing of her husband in 2021.

Close relative Buyi Mthembu confirmed that Thembi took her last breath at a Pretoria Hospital on Thursday. She is survived by her son Vuyo.