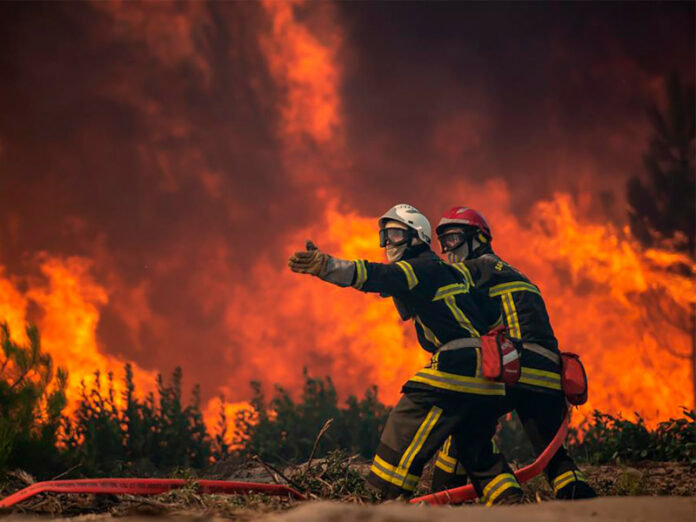 A global heatwave has engulfed large sections of the planet, threatening millions of lives and an economic crisis of massive proportions.

Dangerously hot weather has spread up through North Africa and into Europe, the Middle East, Asia and even North America, leaving droughts and wildfires in its wake.

Governments across the world, from London to Shanghai, have sent out warnings urging the public to stay inside as record temperatures set in.

Since June, heat waves and fires have badly damaged Tunisia’s grain harvest. According to Reuters, crop output will fall well below government forecasts. Having previously relied on importing grain from Ukraine, the country is now staring down an unprecedented crisis.

Meanwhile in Europe temperatures hit 40 degrees Celsius for the first time ever in the UK, while Portuguese firefighters battled 14 active wildfires at the same time last week.

In Italy, soaring temperatures caused the collapse of a portion of the Marmeloda glacier. The melted ice caused an avalanche of snow, water and rock which killed 11 hikers. Footage of the dramatic disaster made headlines across the world.

Weather events on this scale are unprecedented, and experts say they are only going to get worse.

Climate experts have found, beyond any doubt, that man-made climate change is speeding up the heating of the planet. And as the planet gets warmer, extreme heat and natural disasters become much more frequent and much more intense.

If global levels of pollution, caused by carbon emissions, aren’t dramatically reduced soon, these disasters will only get worse.

The world’s leaders will gather later this year in Egypt to try and avert this oncoming catastrophe. Progress was made at the UN’s Cop26 conference held last November in the UK, but more radical steps will need to be taken in Cairo for the future of the planet.