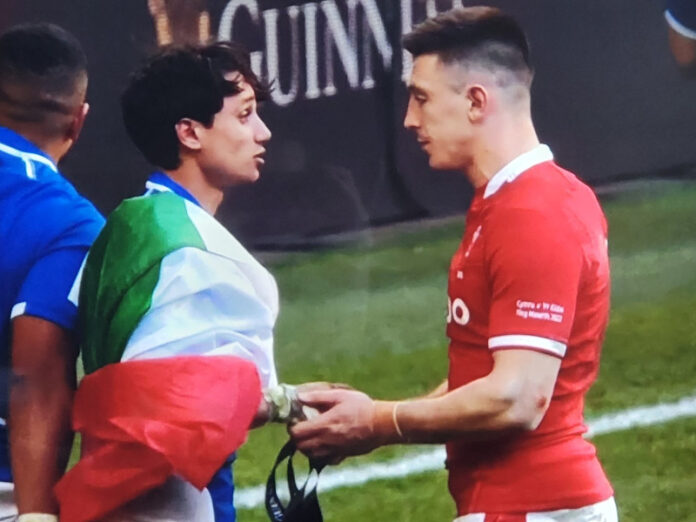 It was never a lucky break. From the first whistle of the Six Nations match between Wales and Italy at the Principality Stadium in Cardiff, the Italians were right in the game.

The first two scores went to Italy through penalties but when Owen Watkins scored a converted try in the 28th minute, the order seemed to be restored.

Even when Italy led by 12-7 at halftime it was surprising but the impossible did not yet seem possible.

Wales scored their second try halfway through the second half and then their third and with ten minutes to go and Wales leading by 22-15, surely, it was all over bar the shouting.

But it wasn’t. With the time just about up on the clock, fullback Ange Capuozzo, without a doubt the smallest man in Six Nations rugby, took the ball near his own try line and sidestepped his way through the Welsh defence.

With one man to beat he passed to Edoardo Padovani who scored near the post. Paolo Garbisi made the pressure conversion, giving Italy their first win in 37 matches.

In the coaches box, New Zealander Kieran Crowley, allowed himself a very typical Italian celebration as he was swamped by the coaching staff.

After the match Josh Adams shook fullback Ange Capuozzo’s hand and handed him the man of the match medal he had just received.