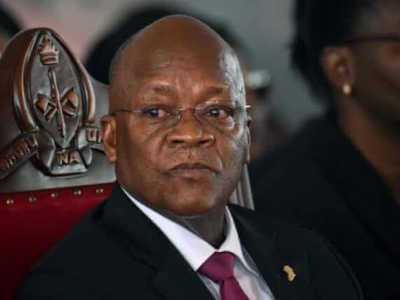 A man in Tanzania has been arrested for suggesting publicly that President John Magufuli is sick with Covid-19, even though the Covid-denying leader has not been spotted in public for over two weeks.

Police arrested the man, who remains unidentified, for suggesting that Magufuli was seriously ill in the Kinondoni area of Dar es Salaam, Regional Police Commissioner for Kinondoni Ramadhani Kingai said at a press conference on Saturday, according to The Associated Press.

“There are a lot more who have been spreading false statements,” Kingai said. “We will arrest them all.”

However, Magufuli has an extensive history of denying and ignoring Covid-19’s impact on Tanzania, so would likely see his own contraction of the virus as cause for embarrassment.

He suggested in late January that prayers, steam inhalation or herbal remedies were better than “dangerous” foreign vaccines.

Magufuli’s government has also consistently avoided mentioning the virus, and even went to the length of dragging a visibly sick minister out of his hospital bed to publicly display his good health.

The president’s absence is entirely out of the ordinary, as he is known for making frequent public speeches and appearing on state television several times a week.

Reports emerged last Wednesday that he is critically ill in a hospital in Kenya after contracting coronavirus.

Opposition leader Tundu Lissu told the BBC that the 61-year-old president suffered a cardiac arrest and flew to a hospital in Nairobi for urgent treatment.