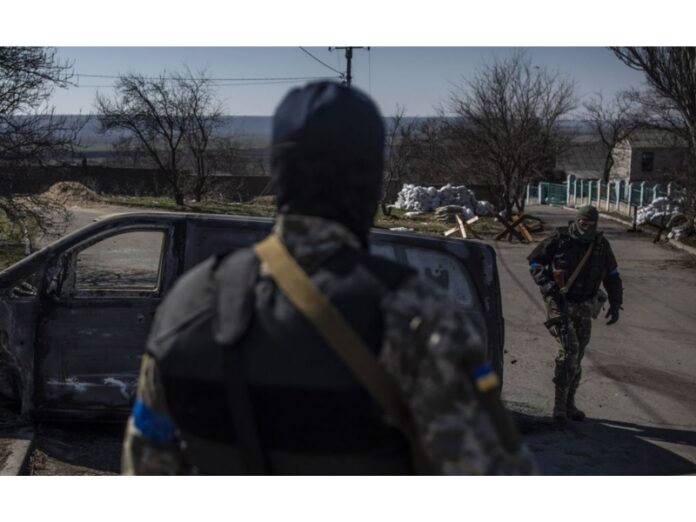 For two days in early March, a tiny town in Ukraine fought off wave after wave of Russian attacks, eventually sending the invading forces fleeing for their lives.

Occupying the town of Voznesensk would have given the Russian military a strategic advantage in the war. It was a gateway to a nuclear power station and would have provided a southern route into the key port city of Odessa.

With a population of only 35,000 people, it should have been a routine operation for the Russians.

But the defiant locals, joined by a Ukrainian special-forces reconnaissance group, made life hell for the invaders.

And on 3 March after two days of fighting, the Russians fled, leaving behind 30 of the 42 vehicles they drove into the town.

According to Ukrainian officials, these vehicles included tanks, armoured personnel carriers, multiple-rocket launchers and trucks, as well as a downed Mi-24 attack helicopter.

The people of Voznesensk meanwhile, didn’t have a single tank or helicopter and were only armed with rocket-propelled grenades, Javelin missiles and some help from nearby artillery.

To overcome the much greater and better-armed Russian forces, local construction workers set up blockades to funnel them into areas where they could be bombarded with artillery.

Ukrainian officials estimate that over 100 Russian soldiers were killed in the battle. 10 of those who fled into the nearby forests have since been captured.

“Everyone is united against the common enemy,” Voznesensk’s 32-year-old mayor, Yevheni Velichko, told the Wall Street Journal. Just a month ago, Velichko was working as a real estate developer. Now, he’s a wartime commander.