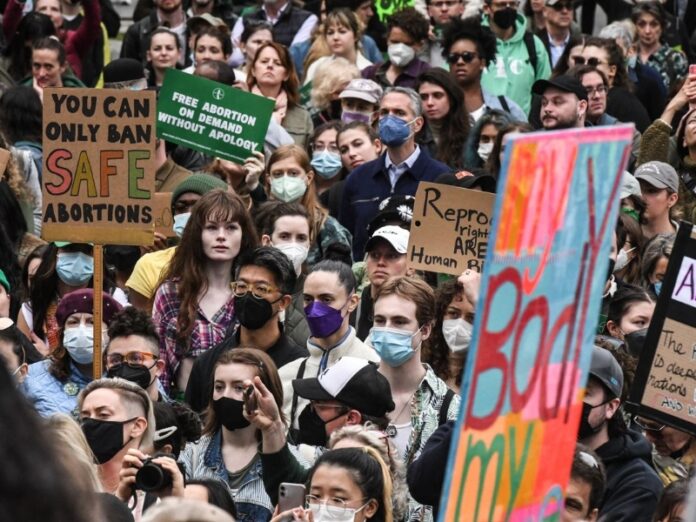 On Monday night, Politico published a leaked document that shows the US Supreme Court is ready to overturn the law that guarantees abortion rights to American women.

Although it has not happened yet, the decision to overturn Roe v Wade will reverberate across the globe and could usher in a new age of eroding women’s reproductive rights.

Roe v Wade is a landmark ruling that has, for the last 50 years, guaranteed women the right to have an abortion up to the point the foetus can survive outside the womb (which is largely agreed to be 24 weeks).

This week, a draft opinion, written by Justice Samuel Alito, shows that the majority of the five justices on America’s supreme court want the ruling to be overturned.

“Roe was egregiously wrong from the start. Its reasoning was exceptionally weak, and the decision has had damaging consequences,” the draft reads.

The decision is not yet set in stone, and it will not be passed until the summer. But if it is passed, it would pave the way for individual US states to abolish abortions.

Many conservative southern states would be likely to immediately revoke the rights of tens of millions of women to get an abortion.

It’s a decision that would change the lives of countless Americans, but it could also trigger a reversal of the global trend of enhancing women’s reproductive rights.

The number of countries in Africa where abortions are readily available to women is growing. But there are fears that the revelation coming out of the US could slow this trend.

In South Africa, abortion is legal up until the 12th week of pregnancy and women’s access to birth control is improving.

However, US anti-abortion campaigners have a history of targeting South Africans.

In 2020, an openDemocracy investigation revealed that South African women were being fed misinformation by US-backed “crisis pregnancy centres”.

The investigation found that Heartbeat, a US Christian organisation, funded anti-abortion organisations in 17 other countries across the globe.

The overturning of Roe v Wade will only embolden the campaigners of Heartbeat and other organisations like it.