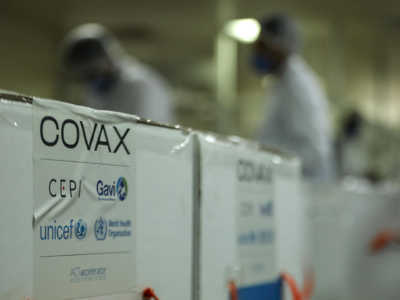 On Wednesday, Covax delivered its first major shipment of Covid-19 vaccines to Ghana.

The global initiative plans to distribute over two billion doses of the vaccine to 92 countries this year, which, officials say, would make it the largest vaccination operation in history.

The shipment of 600,000 doses was delivered to the capital Accra first because studies have suggested that the spread of the virus in West Africa has been much wider than official numbers show.

According to a recent study, at least one in five people in Lagos, Nigeria, could have contracted the coronavirus by October last year. Similar results were found in Accra.

Covax, which will provide vaccines to low and middle-income countries, will work against wealthy countries’ “vaccine nationalism” and make distribution fairer.

However, the buying-up of jabs by rich countries still dwarfs Covax’s efforts.

The New York Times reports that while 44.5 million Americans have already received a shot, as of last week more than 130 countries had yet to vaccinate a single person.

Even Covax’s shipment to Ghana covers less than one per cent of the population.

And by the end of 2021 they will only have been given enough jabs to vaccinate 20 percent of its population of 30 million, so it will have to purchase more.

The United Nations secretary-general, António Guterres, said last week that the distributions had been “wildly uneven and unfair.”

He added that the pandemic will not end until everyone has been vaccinated.

It is not enough for wealthy countries to provide enough vaccines for their own populations. They must ramp up their contributions to Covax if the pandemic is going to end.