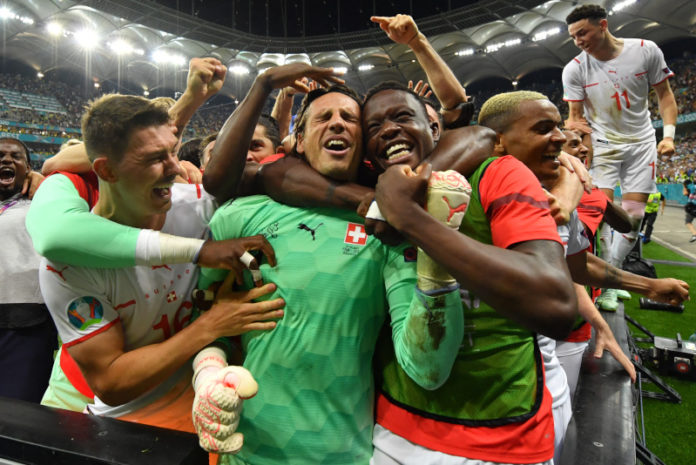 Even after Switzerland scored an early goal to take a surprise lead, it was still unthinkable that France, the favourites, could be knocked out of Euro 2020.

Things could have been even better for Switzerland when they received a penalty early in the second half, however French goalkeeper Hugo Lloris kept his side in the game with a crucial penalty save.

France then turned on the style and two quick fire goals from Karim Benzema gave France the lead and it looked as if order had been restored. Then Paul Pogba scored a scintillating strike to give France a 3-1 lead – and seemingly a place in the quarter-finals.

But Switzerland refused to back down and showed true determination to score two goals in the final ten minutes to level the match at 3-3.

A goalless extra-time was followed by a penalty shootout.

A total of nine penalties were scored when footballing sensation Mbappe had to take his shot. PSG striker Kylian Mbappe seemed nervous and tentative. Yann Sommer saved the penalty to send Switzerland to the quarter-finals – and give the current World Cup champions with nothing to do but take an early ride home.

In a tournament that lacked magic up until then, 14 goals scored in two games saw Euro 2020 come alive. Spain claimed a 5-3 win over Croatia and will face Switzerland in the quarter-finals.