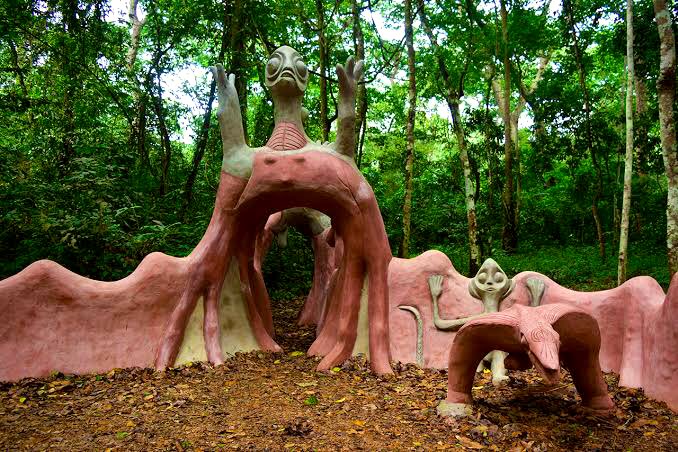 The gods are not amused

Police confirmed that King Tblak HOC, whose real name is Tobiloba Jolaosho, was arrested for filming a sex movie in the forest.

The grove is seen as the home of Osun, the goddess of fertility for the Yoruba people.

King Tblak was arrested after a member of the traditional religious worshipers association reported him to the police.

Police are considering charging him with breaching the public peace.

King Tblak is known for his lavish lifestyle and for his adult movies with many different young women.