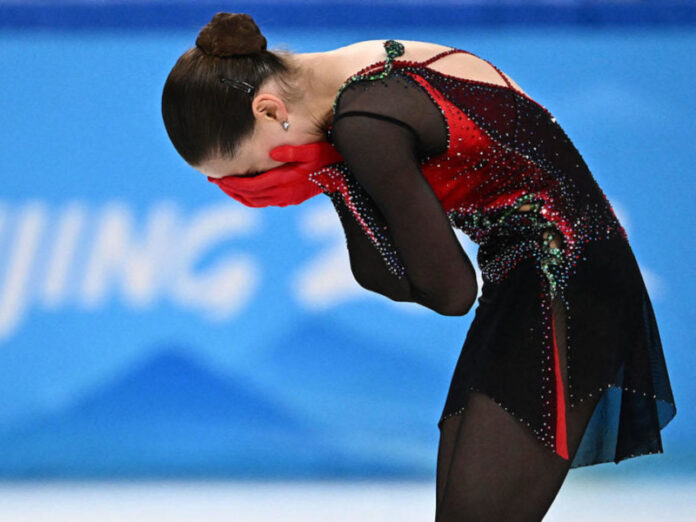 The high hopes for Russian teenager Kamila Valieva quickly faltered to disappointment and sorrow following a doping scandal, as well as a stumble during her final performance, leaving the youngster distraught.

Valieva came into the Beijing Winter Olympics determined to win gold for Russia, under extreme pressure for a girl at such a young age.

To add further weight on her shoulders, she was tied up in a doping scandal after she returned a positive test for a banned substance. Reports suggest that she unknowingly took heart medication belonging to her grandfather.

Nevertheless, the International Olympic Committee (IOC) did not suspend the teenager but rather said that she could not claim any medal, even if she finished in the top three of her figure skating events.

Valieva had her final event on Thursday after claiming that the doping scandal had left her “emotionally drained”. It was visible on the rink.

She stumbled twice during her performance, which all but ended her chances of finishing the games on a positive note.

The athlete looked visibly emotional after her performance as many, including the IOC president, questioned her team’s response to her emotion.

“When I saw how she was received by her closest entourage with what appeared to be a tremendous coldness, it was chilling to see this, rather than giving her comfort, rather than trying to help her,” said IOC president Thomas Bach.

The pressure from the Russian team for their athletes to perform became evident when another skater on the team, Alexandra Tutberidze, claimed she is leaving the sport at the age of 17 after coming second in the event.

Putting mental and physical strain on youngsters runs the risk of ruining a career that might be destined for greatness.

The trauma of Beijing could see Valieva never compete in the sport she loved for so long – threatening to end her career before it had even begun. It would be an Olympic travesty for years to come.