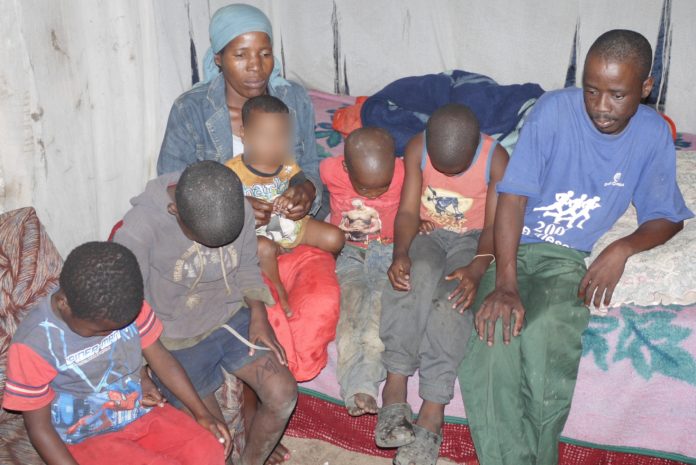 A Durban couple have never had identity documents and feel as if they and their five children don’t exist.

Khombokwakhe Dlamini, and his childhood sweetheart Phumzile Mqadi from Isipingo, said for the past 15 years they have tried to get IDs without success.

“We have five kids and we struggle to put food on the table for them because we are not employed and neither of us has an ID,” said Khombokwakhe.

“Our kids do not receive social grants because they don’t have birth certificates.”

He told Scrolla.Africa he has been trying to apply for his identity document at the Home Affairs branch in Isipingo since 2005 when he and Phumzile were both 20.

“They process my details, but when I come to check, they always tell me that my details don’t appear on their system. I don’t know what to do anymore,” he said.

His hopes of finding a permanent job remains a pipe-dream – and so does his dream of marrying his partner.

“I have people who wanted to employ me on a permanent basis but that opportunity falls away because I don’t have an ID. I wanted to marry the mother of my children when she gave birth to our first-born, but I can’t do that.”

The couple and their five kids live in a one-room shack.

Phumzile said: “It is painful to see my kids go to bed hungry because we cannot support them. We survive by doing odd jobs for people, but it has become difficult since the beginning of lockdown. We are tired of living from hand-outs and donations from our neighbours.”

She said she had been trying to get an identity document since she was 18 years old.

Khombokwakhe also said Home Affairs officials told her she was not on the system.

Cyril Mncwabe from Home Affairs asked for the details of the couple and promised to assist them.