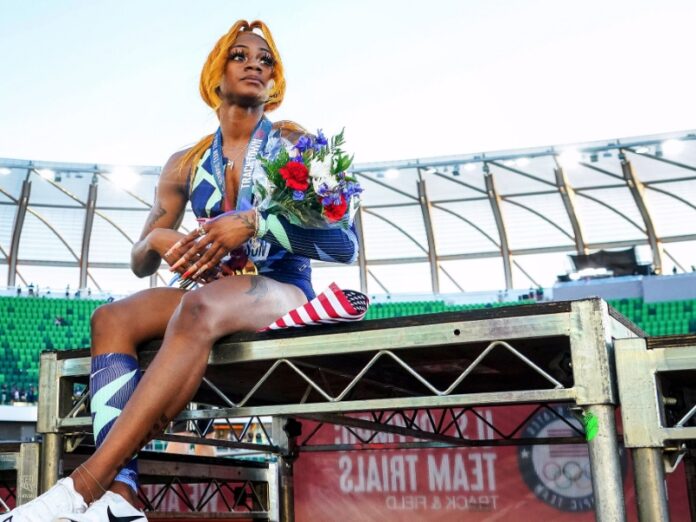 The Court of Arbitration for Sport (CAS) ruled on Monday that Valieva could continue competing in Beijing despite returning a positive result for a banned substance.

Richardson on the other hand was barred from competing at the Olympics in Tokyo last year after she tested positive for the use of cannabis.

“Can we get a solid answer on the difference of her situation and mine?” Richardson tweeted on Monday.

“My mother died and I can’t run and was also favoured to place top 3. The only difference I see is I’m a young black lady.”

The US athlete excelled in the qualifiers for the games and was expected to compete for a medal spot in Tokyo but she received a 30-day ban for her use of marijuana, ruling her out of the Olympics.

The questioning of double standard punishment comes a week after football fans raised concerns over the punishment Kurt Zouma received after the footballer was seen kicking his cat across a kitchen floor.

The Frenchman received severe punishment for his action, much more severe than footballers who have been found guilty of racism have faced. A point that his teammate Michail Antonio brought up with reporters.

The debate on whether black athletes face harsher punishments than those of other races is gaining strength and this incident adds to the argument.

Former figure skating gold medalist Meagan Duhamel was dismayed at how an athlete could still compete after using drugs.

“We were told illegal drugs and abuse are okay. If that is what this sport is about now, I want nothing to do with it. February 14, 2022. The day the Olympic spirit died,” the Canadian said.

Olympic officials said on Tuesday that Valieva tested positive for a heart drug caused by a mix-up with her grandfather’s medication. The Russian can compete but cannot receive any medals in Beijing.