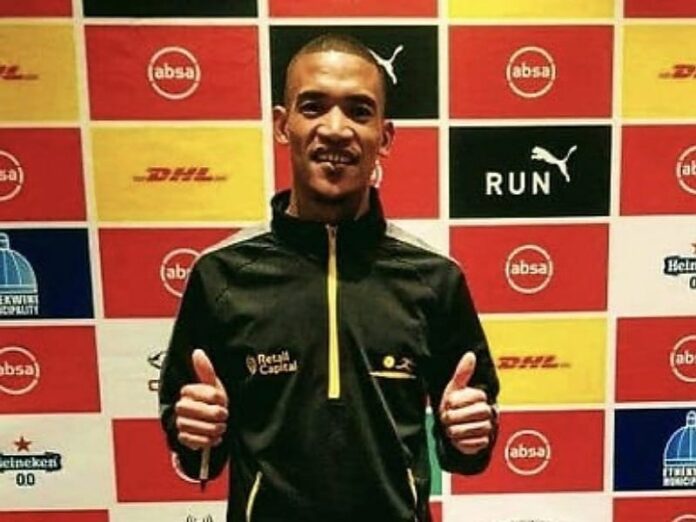 In 2015, the young William Kaptein outclassed an impressive field of elite athletes to win the Cape Town Marathon 10km Peace Run in 28:34.

However, the clear potential on show that day would go unfulfilled.

The pressure of failing to produce good performances on the road, family matters plus mixing with the wrong people took a toll on Kaptein’s career.

“I think I managed to find a breakthrough early in my career and I didn’t have someone by my side to motivate me and get the best out of me,” Kaptein told Scrolla.Africa.

“There was nothing going on in my life. I had many problems that I couldn’t solve which contributed to me losing focus. I was hungry to beat the class athletes in the country but it was not happening.”

Last year, at the age of 30, Kaptein contacted Western Cape-based Athletics coach Chris Bruwer to assist him to get back into shape.

“I needed a coach who was going to discipline me. I knew Chris is strict and will get the best out of me,” he said.

“The first race I did gave me hope that I still have what it takes, then things started to take shape,” he said.

The comeback has been wonderful. Running for Capital Ilanga Athletics Club, he has grabbed victories at the 10km and 21km distances including Retail Ilanga Freedom 10 km, Curro 21km race, Bellville 10km, and Winelands 21km race.

Kaptein has bigger goals in the future including the 2024 Olympics in Paris, France.

“I have done well in the 10km and 21km and I feel it’s time to challenge bigger distances. Next year we start with a programme for the marathon,” he said.

“The biggest goal is to represent the country at the next Olympics and if it doesn’t happen then at the 2028 edition. I expect to hit good times next year. People can expect fireworks,” Kaptein said.