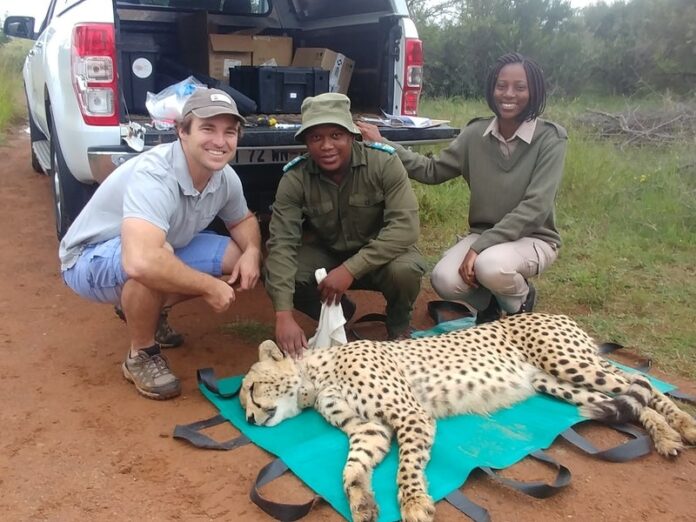 For most of us, finding love is a task that can seem almost impossible at times, but for cheetahs it’s even harder. The increasing threat to their survival is making breeding less common.

A South African biologist, however, is working hard to ensure that the cheetah species can multiply to remain part of our wildlife for years to come.

Vincent van der Merwe has picked up the role of Cupid in the wild in his unique job where he introduces cheetahs to each other in order to mate.

The 39-year-old transports the cheetahs between different reserves across South Africa, Malawi, Mozambique and Zambia in an attempt to diversify the gene pool of the animal.

The reason van der Merwe took on the extraordinary role of finding love for cheetahs is due to the high levels of inbreeding in the species. Inbred cheetahs often suffer from illness, heart defects, slower growth rate and reduced fertility.

“I move cheetah populations between reserves to ensure genetic health and ecological balance. Wild cheetahs are quite promiscuous – so much so that genetic testing has found that there can be multiple fathers in the same litter,” van der Merwe told The Independent.

“Once you introduce a cheetah into a new reserve, no initiations are necessary; they will find each other without interference and breed.”

The number of cheetahs remains on the decline – despite the infamous speed of the animal, they are hunted by lions, leopards and hyenas.

“Sometimes we have cases where all three adult females in a protected area are randomly killed in a series of unfortunate events,” van der Merwe added.

The biologist works for the Endangered Wildlife Trust, whose goal of increasing the number of cheetahs in the world has been successful thus far.