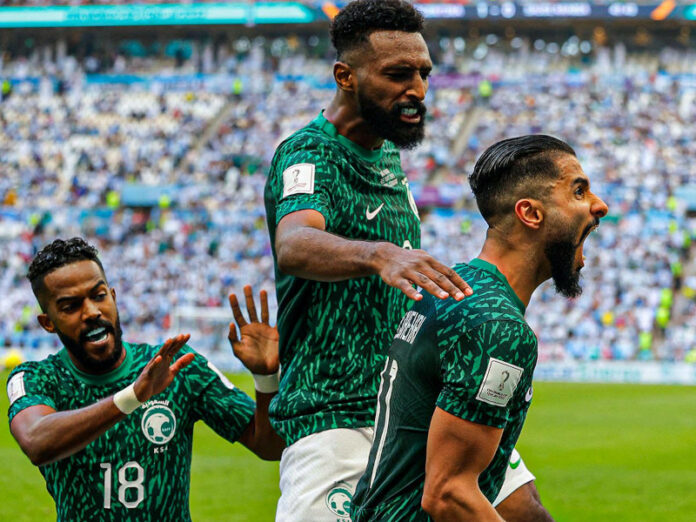 Only a few days into the Fifa World Cup in Qatar and the beauty of football has already emerged from the dark clouds.

Saudi Arabia against all the odds defeated Argentina, who were favourites to lift the crown.

A triumph of this scale will forever be embedded in the history of not just Saudi Arabia but in world football as well.

The result on Tuesday afternoon is essentially what the World Cup is all about.

It is a moment of magic, so magical that the King of Saudi Arabia declared that 23 November will forever be a public holiday.

Saudi Arabia might not make it past the group stage but this victory over Argentina will be something they cherish forever.

On the other hand, Argentina and their supporters do not need to feel completely despondent about the result. Remember Spain lost their opener in 2010 and ended up as world champions.

While it was not an impressive display from the South Americans it might just prove to be the kick up the backside they needed.

The special moments continued when France took on Australia on Tuesday night. With Ballon d’Or winner Karim Benzema out injured, veteran Olivier Giroud started up front for the reigning champions.

Australia thought they might have a magical moment of their own when they took the lead within the first 10 minutes of the game.

But it was not to be as France walked away 4-1 winners. Crucially two of those goals were scored by Giroud.

Those two goals are important because they moved him level with the great Thierry Henry as the French national team’s top goal scorer with 51 goals. Giroud now needs one more goal to become his country’s top goal scorer.

When and where that goal comes will be a moment Giroud will never forget!