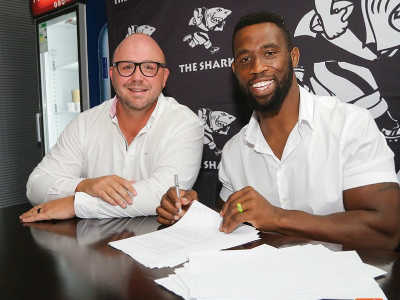 The Sharks confirmed the signing of Siyamthanda ‘The Bear’ Kolisi in a multi-year deal, and Kolisi has parted ways with Western Province Rugby.

Kolisi decided not renew his contract with Western Province Rugby that was set to expire in October 2021, although the union tried everything in their power to retain him, but the captain’s mind was made up.

The Bear described his new move as the beginning of the new chapter in his rugby career, having played all his professional rugby in Cape Town for Western Province.

“My loved ones and I can’t wait to get started. I am delighted to be part of the Cell C Sharks family,” said Kolisi on his twitter account.

Kolisi reunited with several Springbok teammates including Curwin Bosch, Sbu Nkosi and Lukhanyo Am at the KZN Union.