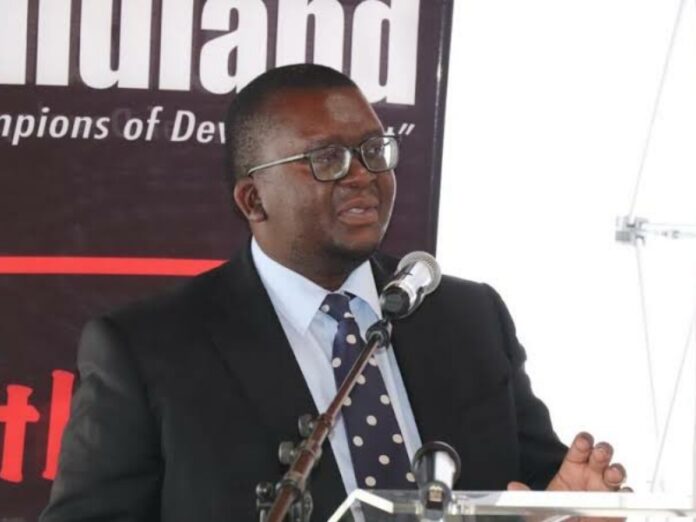 The IFP and EFF marriage in Zululand is already crumbling with threats of a vote of no confidence against the mayor.

The Red Berets are accusing the mayor of abusing the municipal staff on his first day in office.

It is alleged that on Monday, Zululand Mayor, Reverend Thulasizwe Buthelezi called all municipal staff members to introduce himself to them.

He then said he knew they were absent from work to campaign for their political parties and that he wanted them to resign.

A staff member from the technical department said Buthelezi asked him why he was not wearing his NFP T-shirt because he saw campaigning for the NFP in Nongoma.

“I told him I can’t wear my political party regalia at work. He instructed me to resign but I refused,” he said.

Another staff member told Scrolla.Africa that their future looked bleak because the return of Buthelezi was a nightmare for them.

“Some staff members are waiting for the suspension letters because they don’t want to resign. Everyone is panicking,” another official said.

EFF KZN Chairperson, Vusi Khoza wrote a post on Facebook that if Buthelezi continues with such behaviour against workers they will be forced to remove him through a vote of no confidence.

“Only those under Section 56 who are managers are required to report to him,” said Myeni.

ANCYL’s Lindokuhle Xulu who led the protest against Buthelezi’s alleged R5 million breakfast, said they want the EFF to pull out from the coalition in Zululand.

Buthelezi did not want to deny or admit the accusation against him.