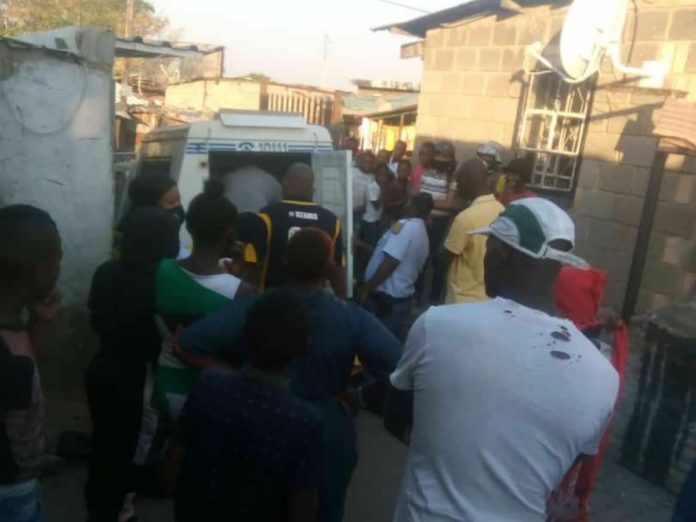 Not only did the middle-aged man abduct and rape the 13-year-old girl, he went to her mother’s house and laughed at her. He told the mother that he would never get caught.

Police have been to the door of the man well-known in Alex as Gaddafi but they haven’t found him at home.

Alexandra police spokesperson Sergeant Simphiwe Mbatha told Scrolla.Africa that there is a warrant of arrest for Gaddafi and anyone with information about him should urgently contact the police.

The mother of the child told Scrolla.Africa that her daughter suffers from a mental disability and she is attending a special school.

“She is always quiet and doesn’t speak much,” said the mother.

She said when she went to a funeral on 5 April her daughter was taken hostage by the suspect and repeatedly raped during the night.

“I was on my way to the police station to report the disappearance of my daughter when I saw her walking home.

“I was relieved to see her but she told me a sad story about her rape ordeal.”

In a separate incident, Alexandra police are investigating the rape of a 13-year-old girl by two men aged 45 and 59.

The men were arrested after confessing to the parents that they raped her on different occasions.

Sergeant Mbatha said police arrested the men and they appeared in the Alexandra Magistrate’s Court on 28 April.

“Why did they rape my daughter? Why didn’t they just rape me?” asked the angry mother.

According to the mother of the second victim, her child was pregnant but miscarried.

“I was called to the school by her teacher. When I got there, she was bleeding heavily. She hid a miscarriage,” she said.