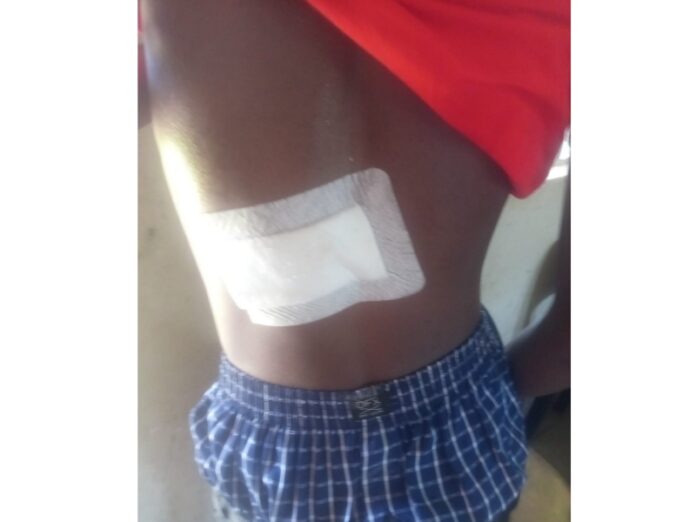 A dispute over who had the right to sell weed and cigarettes within school premises saw learners stabbing each other in the full view of fellow pupils and teachers.

One of the learners who was in the fight confessed that weed and cigarettes were being sold within school premises.

The uMthente High School, at Fakaza village, south of Durban in KwaZulu-Natal had to be shut down for two days as the incident left school kids traumatised and fearing for their lives.

The school governing body (SGB), Amanzimtoti SAPS, traditional leaders and parents  gathered in the special meeting on Wednesday, a day after the incident, to discuss the issue and seek a solution.

A 15-year-old boy who was stabbed across his face told the SGB that they were divided into groups as merchants.

“The issue is the rights of who is selling weed here in school,” he said.

The learner broke into tears as he was trying to give his side at the meeting.

Fuming traditional leader Toyi Khwela accompanied by his team asked whether the learners were attending school with the intention to destroy other children’s lives or to study.

“This must come to an end, all we know is that school is for education. Your job is to pay attention to your studies. Such incidents divide the community and create unnecessary violence,” Khwela said.

Scrolla.Africa has learned that the mother of one victim opened a case at Amanzimtoti police station but later withdrew it.

When she was confronted about her withdrawal, she said it was her decision not to continue with the case.