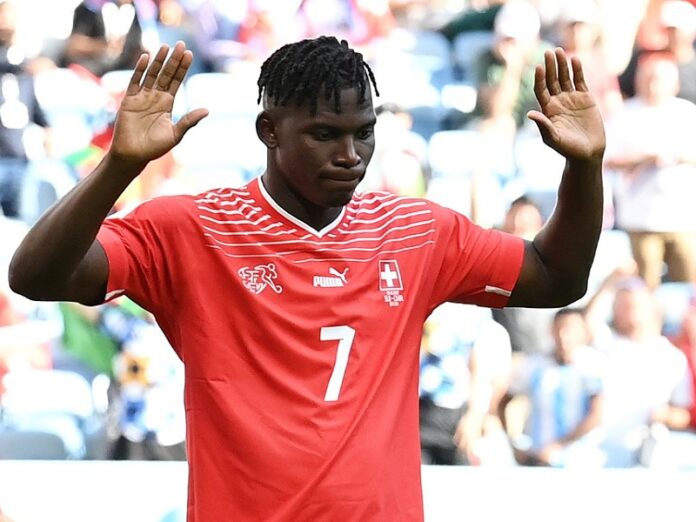 A goal from African-born Breel Embolo was enough for Switzerland to beat Cameroon at the Al Janoub Stadium in the first Fifa World Cup game from Group G.

With 6,000 empty seats in Al-Wakrah, Qatar, Cameroon looked to become the first African side to score a goal at the global spectacle this year.

Rigobert Song’s side had the better chances in the opening exchanges, looking good on the break. Brentford’s Bryan Mbeumo looked the most dangerous for the Indomitable Lions, coming close to creating from the left wing.

Switzerland and Xherdan Shaqiri were kept quiet in the first 45, with Murat Yakin’s side failing to register an attempt at Andre Onana’s goal.

The possession was evenly contested and Switzerland were more creative in the second half. And minutes after the break, Shaqiri found that magical spark.

The former Liverpool man found Embolo unmarked in the penalty area, and the Monaco forward did not disappoint.

Having been born in Cameroon and with his father still living in the North African country, there was no celebration from the 25-year-old. However there is no doubt that he left the ground with immense pride, leaving as the match winner.

With Brazil and Serbia still to play, the Swiss will be silently confident of their knockout qualification knowing that there is still room for improvement.