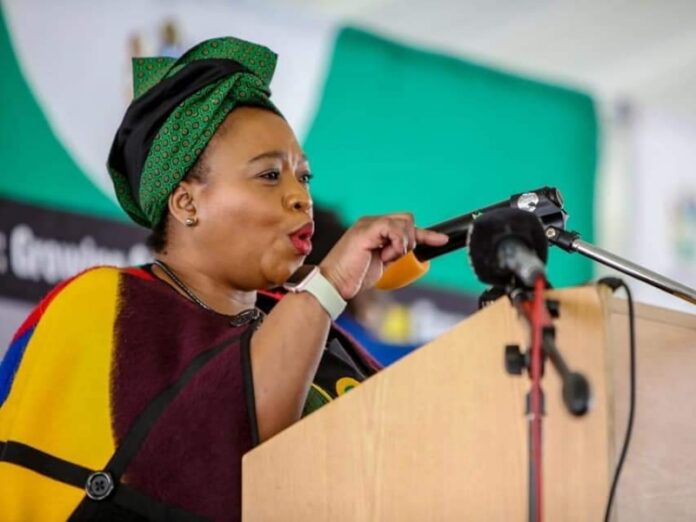 The RET forces were looking at voting for Nomsa Dube-Ncube, the current MEC for finance in KZN, to be the ANC provincial chair at the July congress.

They wanted Dube-Ncube to vote against Ramaphosa’s bid for a second term during the ANC national elective conference in December.

The RET cabal, which supports Jacob Zuma, says Ncube seems to be on the fence and has never even visited the former president in Nkandla.

One of the ANC leaders who spoke on condition of anonymity told Scrolla.Africa that they might have a problem by supporting someone who will later pledge KZN ANC support to Ramaphosa.

“We no longer trust her because she never comes out in the open to say she is with us. Whenever she speaks she doesn’t seem to align herself with us. That is why we believe that EThekwini Mayor Mxolisi Kaunda, whose stand is publicly known that he is an RET force, should be supported to be the next provincial chair,” a source said.

Another source from the ANCWL said they don’t think Dube-Ncube resonates with the masses.

“She is semi-white, you know. You can tell even when she speaks that she represents the coconut group that believes in President Ramaphosa,” they said.

“As KZN we need the likes of Zandile Gumede or Mxolisi Kaunda to lead the ANC and revive that support we last saw during the leadership of President Zuma which has since disappeared in our movement.”

Dube-Ncube and KZN Premier Sihle Zikalala’s names are currently leading in the nomination process from ANC branches for the position of chairperson.

Dube-Ncube’s campaign team is working hard to sell her idea of developing rural towns to be the centre of the local economy.

Wiseman Ngobese, who is the head of Dube-Ncube’s Economic Game Changer campaign, has revealed that based on the input she has received from the branches, job creation will be on the top of her priority list.