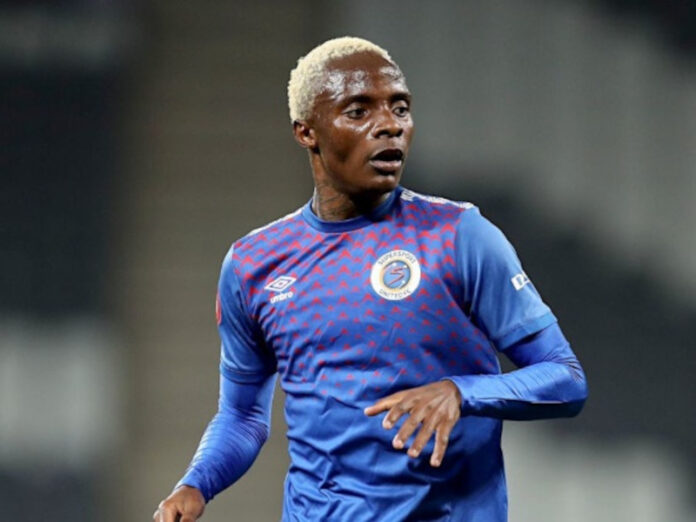 SuperSport United suspended Kudakwashe Mahachi after he was accused of abusing his 4-year-old son.

The Tshwane outfit suspended the player from all club activities with immediate effect.

The Zimbabwean international is reported to have abused his 4-year-old son by scalding his son with boiling water, resulting in injuries that led to the child’s leg being amputated.

News of Mahachi’s suspension was confirmed by his club who issued a statement saying the winger has been suspended in order to to attend to his family and the serious allegations.

“SuperSport United FC has become aware of the serious allegations levelled against our player, Kudawashe Mahachi. The club has suspended the player from all club football activities with immediate effect.

“He has been advised to attend to his family and the allegations against him,” said the statement.

The statement further stated that the matter is subject to judicial processes.

The 28-year-old’s suspension comes as his contract with the Pretoria side comes to an end with reports suggesting he was on his way out at the end of the season.

Mahachi has only made eight appearances for the in the DStv Premiership this season, with his last being in February when SuperSport United lost 2-1 to Maritzburg United.

Matsatsantsa have followed two Soweto giants who also have suspended their players because of their off the field ill-discipline. Kaizer Chiefs were the first after they suspended Dumisani Zuma twice already this season.

The first time came after Zuma was arrested for being drunk in November last year and the second time was last month when the forward attended training under the influence of alcohol.

In March the former AmaZulu midfielder was arrested for domestic violence after his girlfriend opened a case against him.