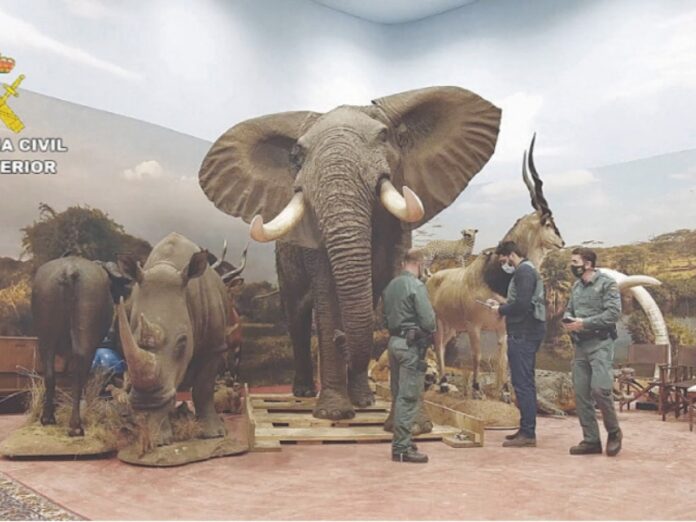 Spanish police have seized one of the largest hauls of taxidermy animals in history in a warehouse in Valencia.

These are animals which have been killed and stuffed to retain their shape.

The Civil Guard were investigating potential smuggling when they uncovered the warehouse that had over 1,000 specimens, including rhinos, polar bears, elephants and other animals in a 50,000 square metre industrial warehouse.

The haul includes over 400 protected species, including several that have been declared extinct in the wild, like the scimitar oryx. Critically endangered animals such as the Bengal tiger and the white antelope were also found. Lions, cheetahs, snow panthers and a lynx were discovered.

The warehouse owner was under investigation for possible flora and fauna crimes as well as smuggling. He has not been arrested yet.

The investigating team confirmed the stuffed animals are worth north of R462 million.

The uncovering of the animals came from a Valencia police nature protection investigation that began last November when the team were made aware of a possible collection in Betera.