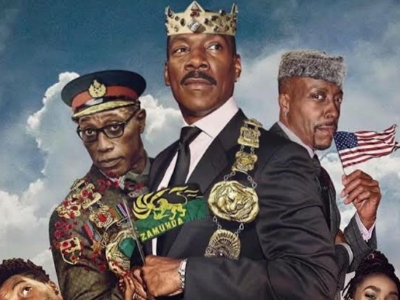 Local artists are among a long list of Africans featured in the sequel of Eddie Murphy’s Coming 2 America.

Anatti, Prince Kaybee and Nasty C are among those whose hits will be on the soundtrack for the upcoming movie directed by Craig Brewer. The songs will form a full 16-tracked album for the movie.

Joining the local names in the album is Njelic and Mthusa for their collaboration, Shesha and Tellaman featuring Sha Sha for the song Overdue.

It seems the production wanted to go full-African with their team as Xhosa dresses are also donned as attire for the females in the movie.

The decisions were influenced by the CEO of Universal Music South Africa, Sipho Dlamini during his visit to Los Angeles in 2019 when he got involved in the project.

He said after the visit he started contacting the production team and was involved in the creation of the soundtrack.

“I am proud to be featured on the album especially because the whole world will be watching and listening to African culture,” said Prince Kaybee.

Coming to America 2 is scheduled to be released on 5 March 2021.