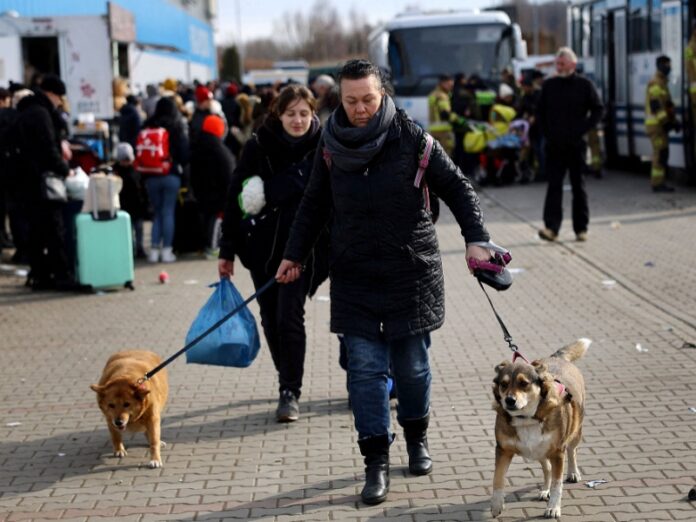 Just days after over 300 dogs were found dead in an animal shelter in the war-torn Ukraine, more than 100 stray dogs were turned away at the Polish border.

Animal charity Naturewatch Foundation revealed that the stray dogs were rejected at the Poland border because their law stipulates all animals must cross over with an owner, according to CBS News.

Parker added that the animal shelters in Borodyanka and Bucha had been destroyed by Russian forces, cutting their access to water and electricity.

Staff caring for the animals is decreasing as people flee to safety.

With several veterinarians also fleeing the war-torn country, the only remaining animal care centres are in the main regions like Kyiv and Lviv.

The 150 dogs survived weeks without food or water before being transferred to Kyiv to seek treatment. But it was not available and they were referred to go to Poland for care.

However, as Parker confirmed, only a few dogs have been allowed to cross the border for treatment.

The wildlife crime campaign manager said certain dogs are not making it across due to Poland’s regulations on animal disease control because the dogs are strays.

Several dogs whose owners were victims of the war are also being turned away because they do not have an owner to go to in Poland.

Parker is however hopeful that the Polish authorities will make an exception to their rules based on the abnormal situation the dogs and the country find themselves in.

Poland has accepted the most refugees coming out of Ukraine and has allowed pets to enter with their families. But the issue of stray dogs still leaves animals and charity workers in the dark.