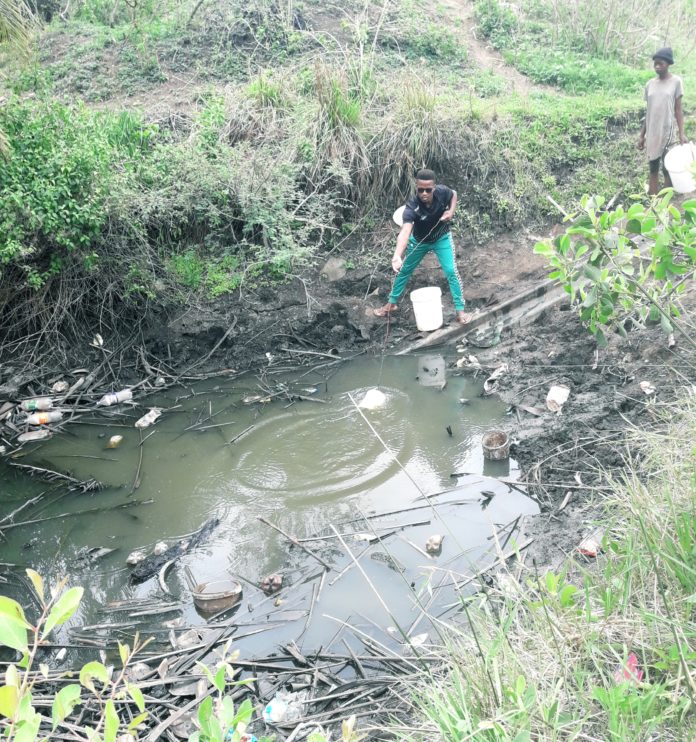 For five long years the villagers from Ogengele, Mtubatuba, northern KZN have been forced to buy water.

And if they don’t have the money, they have to share dirty water with animals from a small man-made dam.

The filthy dam is their only source of water as the taps in the village have been dry for five years.

“Nobody wants to take responsibility for the water problem that we are facing. The dirty water makes us sick but we have no other option.”

Nkosikhona said people are forced to use the dirty water as many people are unemployed in the area.

Villager Ntombizodwa Mkhwanazi said the only time anybody mentions the problem is during election time.

“We are forced to boil dirty water so we can do our household chores,” she said.

Ward councillor Sibongiseni Ndlovu confirmed the taps in his ward have been dry for many years. He said the entire Mtubatuba region has the water problem.

“The water issue is one of the biggest challenges we face. We never leave a council meeting without discussing possible interventions,” he said.

Ndlovu confirms that it has been years since water trucks delivered water in the ward, apparently because of a shortage of trucks and diesel.

“But there is a project that is expected to finish at the end of this month or early January that will draw water from the uMfolozi River”, he said.

As reported in September, 26 years into democracy, residents of the village Ndumo in uMhlabuyalingana, KZN, still don’t have running water and electricity. And they share their water hole with baboons.