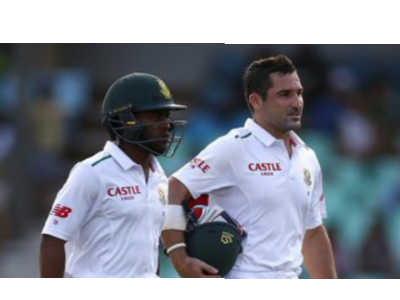 Elgar will lead the Proteas in the Test series while Bavuma will have his hands full leading the squad in One Day Internationals and Twenty20 (T20) internationals.

Bavuma, who has represented the Proteas on 42 occasions in Test cricket and became the first black South African to score a century, will lead the Proteas in the 2021 and 2022 ICC Men’s T20 World Cup and the ICC Men’s World Cup in 2023.

Bavuma said he was honoured and delighted to lead the Proteas for the first time and vowed to grab the opportunity with both hands.

“Captaining the Proteas has been a dream of mine for many years as those closest to me know. It is one of the greatest honours of my life so far and I’m looking forward to picking up where Quinny (de Kock) has left off,” Bavuma said.

Elgar said he and Bavuma knew more than most the challenges ahead of them to return the South African cricket team to its glory days.