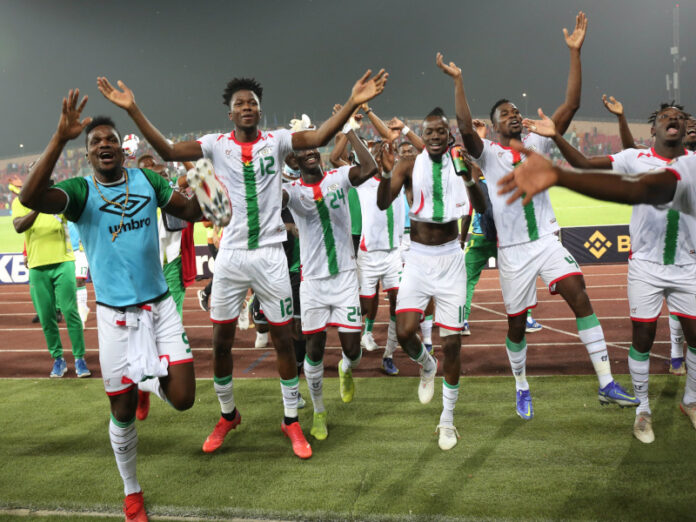 The Stallions of Burkina Faso shocked Tunisia in Garoua to punch their way into the last four of Afcon 2021 with a 1-0 victory.

Lorient’s teenager Dango Ouattara, who is yet to score for his club, got the only goal of the game on the brink of half time.

It was a mixed day for Ouattara though, who after some great work to get the goal, got sent off late on in the second half after a VAR review.

He became the first player to both score and get red carded in the same game at Afcon since John Mensah for Ghana against Botswana at the 2012 edition of the tournament. Ouattara will now miss the semi-finals.

Tunisia had only scored in two of their previous four encounters at the tournament thus far and, despite dominating possession, lacked again in attack today.

Tunisian fans may also feel that they were hard done by when denied a penalty after Ouattara caught the former Sunderland man Wahbi Khazri with a dangerous high foot.

Burkina Faso will take on either Senegal or Equatorial Guinea in the last four. This is now their third semi final appearance in their last four Afcon tournaments, despite not qualifying for the last edition.

Sunday’s semi-final action will see Egypt take on Morocco in the day’s first game while Senegal face Equatorial Guinea to round up the quarter final action.