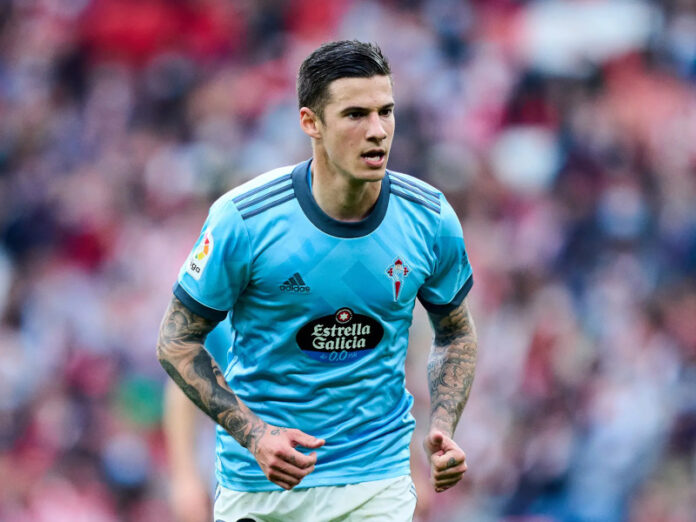 A Spanish footballer has been sentenced to four years in prison after being found guilty of sexual abuse.

Santi Mina, striker for Celta Vigo, was found guilty for raping a woman in a camper van in 2017.

The 26-year-old will appeal the verdict, but if his appeal fails, he will be sent to jail.

Mina’s friend David Goldar was charged with being an accomplice after it was suggested he did not prevent the rape from taking place, but he was cleared.

Both footballers, however, claimed that the woman consented to their sexual relations.

While Mina was charged with sexual assault, he was cleared of sexual aggression relating to intimidation or violence against the victim.

The Spaniard was playing for Valencia at the time of the incident but has returned to his boyhood club Celta Vigo. He has since been removed from the club as they begin an internal investigation into the incident.

The ruling made by a lower court can be appealed at Spain’s Supreme Court.

The state prosecutor wanted the sentence to be eight years in prison while the victim’s lawyer was seeking nine-and-a-half years, however, the judge declared four years to be a suitable punishment.

Mina has played over 150 games for Celta over his two spells with the club, this season and he scored 11 goals in 40 games.

This is not the first incident of abuse by a footballer this season. Manchester United forward Mason Greenwood was accused of physically abusing his girlfriend. While he was suspended by the club and has yet to return, there is no evidence of the case being reported to the police.

An Everton footballer was also arrested this year on charges of suspected child sex abuse. It is unclear who the player is. His bail has been extended three times after he was arrested on 16 July 2021.

Former Manchester City left-back Benjamin Mendy was arrested on eight counts of rape. He has not yet been to court for judgement, with the court hearings set to begin in May.