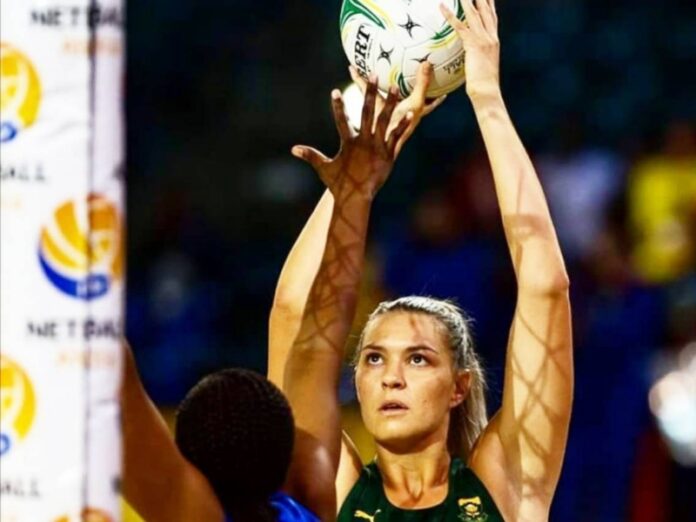 South African netball player Lenize Potgieter returned to the court after a six-month layoff following a battle with her mental health.

The 27-year-old suffered a nervous breakdown which forced her to take a break from the sport.

She is back and ready to use her experiences to help others suffering in the same situation.

“I want to start the conversation about mental health because ultimately that is more important than physical health,” she told BBC Sport.

Potgieter went through a rough patch when she began playing for Australian side Adelaide Thunderbirds.

“I cried every day for two weeks and lost seven kilograms in five days,” she said.

The goal shooter said although she enjoyed her time in Australia, at times it got lonely, which had a negative effect on her.

“I was living on my own and that always messes with people’s minds. When you’re on your own you start overthinking and start thinking of problems, and that is what happened to me. That affected me tremendously.”

She thought returning home when the league concluded in August would help her mental health but it only made it worse.

“When I got back home, I found out that my partner of one and a half years had been seeing someone else while I was overseas,” she said.

“I think there were so many things that were building up; with netball and the stress and travelling, jetlag, Covid, quarantine this past couple of years, no stability at all, and then a betrayal when I got back.”

Following her return home, Potgieter was diagnosed with major depression disorder, a diagnosis that made her take a break from the sport.

As she sought help to recover from the difficult period in her life, Potgieter jumped back on the horse and made a return to the Thunderbirds in February.

She has started the season with a bang, scoring 138 goals in her first five fixtures, making her the side’s top scorer thus far.

Potgieter missed round six of the league over the weekend due to injury.

“I think it is important for us to open up and show we are human beings,” she said. “I want to break that stigma. If someone has depression it doesn’t mean they have a contagious disease.”