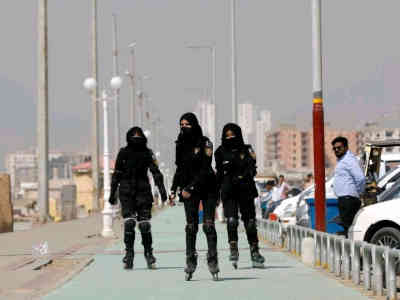 South Africa continues to struggle with a high crime rate, so will an innovative idea such as police-on-rollerblades work in this country?

This is a method that Pakistan’s Karachi police have deployed. They have commissioned a rollerblading unit to tackle theft and harassment on the streets.

Its 20 members form part of the Special Security Unit, which aims to give police an advantage fighting street crime.

It appears that the quality of South African road surfaces just don’t have the required smoothness for an officer to apprehend a suspect at speed – and the roads are not getting any better.

Rollerblading would prove a difficult task for the South African Police Service (SAPS).

Aside from the practical hurdles, much has been made in the media of late regarding SAPS’ inefficiency in their handling of crimes such as gender-based violence (GBV) and serious contact crime.

So on balance, there are probably more important areas to which the crime-fighting organisation can focus their funding than on training officers to rollerblade.