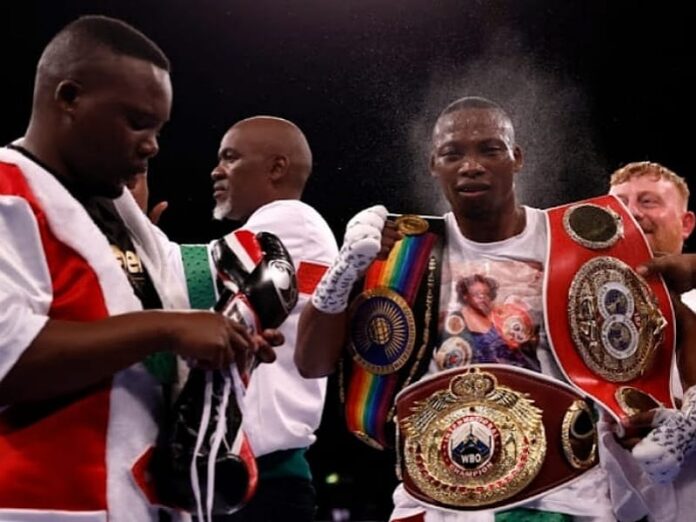 The management of former WBO world bantamweight champion Zolani “Lastborn” Tete are collectively holding their breath as they await a sample drug test this week.

It has emerged that Tete tested positive for a performance-enhancing banned substance after posting an impressive and shocking fourth-round knockout win over fancied Jason Cunningham on 2 July in London, England.

Tete’s manager Mlandeli Tengimfene confirmed they recently received correspondence from the British Boxing Board of Control regarding the outcome of the “A” sample drug result and he will have a “B” sample drug test this week.

Tengimfene was not keen to mention the type of banned substance found in his boxer’s urine.

“We were shocked when we got the test outcome. We are in touch with our British-based promoter Frank Warren of Queensbury Promotions who is very supportive of the boxer,” Tengimfene told Scrolla.Africa.

“We have since arranged to have a “B” sample test before the end of this week and are confident we will be vindicated because we know we are clean.”

If the “B” sample comes back positive, the 34-year-old Tete could be suspended for four years.

But if his camp makes a convincing argument that he didn’t knowingly use the banned substance, the ban could be reduced. If found guilty, his bout with Cunningham will be changed to a no-contest.

Tete, who recently relinquished the Commonwealth belt because his handlers are setting him up for a major world title fight, is currently ranked third by the WBO and sixth by the IBF in the junior featherweight division.