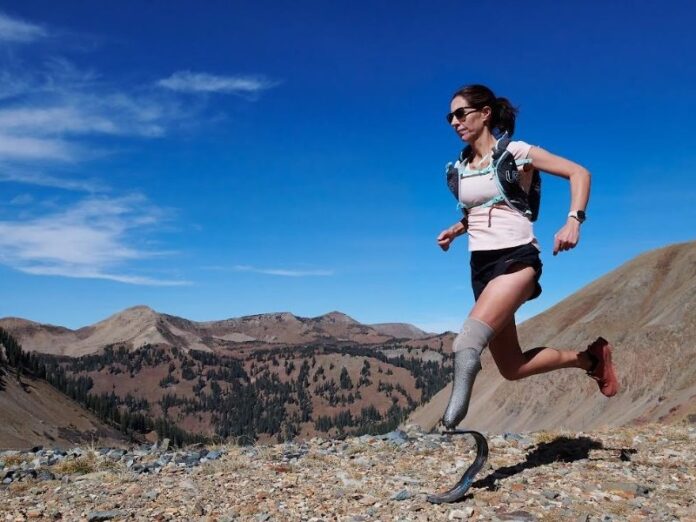 South Africa born athlete Jacky Hunt-Broersma is set to be entered into the Guinness Book of World Records after completing 104 marathons in as many days.

The challenge would be tough for any high-performance athlete, but it was just that much harder for Hunt-Broersma, who lost one of her legs to cancer.

Despite her disability, she began running mid-way through January and has hardly stopped to catch her breath, running 42km every single day.

The 46-year-old who currently lives in the United States, completed her 104th marathon on Saturday and is now awaiting certification from the Guinness World Records.

The confirmation of her accolade is set to only arrive “in around three months.”

Doctors in 2002 diagnosed the South African with Ewing sarcoma, a rare form of bone cancer. According to the BBC, her leg was amputated two weeks later in order to save her life when she was just 26 years old.

For the first few years after her diagnosis, Hunt-Broersma was ashamed and wore long pants to hide her prosthetic leg.

In 2016 she embraced the challenge and took up running as a hobby.

At the start of this year, Hunt-Broersma set herself the goal of beating Alyssa Amos Clark’s record of 95 consecutive marathons.

And she did just that, less than four months later.

Hunt-Broersma said running has allowed herself to embrace who she is and it shows her that anything is possible if you put your mind to it.

“Running has made such a difference on my mental state and it showed me how strong my body can be. It gave me a total new acceptance of who I am and that I can do hard things,” she said.

Along with breaking a world record, Hunt-Broersma documented all her running on social media in an attempt to raise funds for charity.

She managed to raise R1.3 million for Amputee Blade Runners, a non-profit organisation that provides running blades to amputees.

After completing the Boston Marathon and the Lost Dutchman, Hunt-Broersma will again run an organised marathon in October, held in Utah, which is a 386km race.