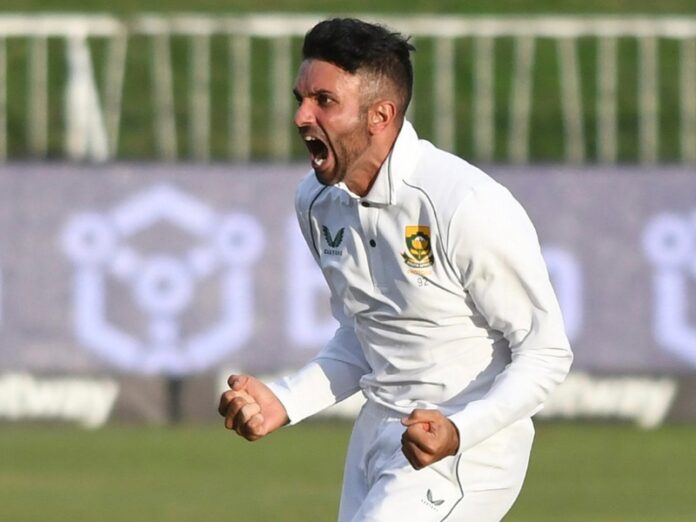 Bangladesh ended day four of the first test against the Proteas in trouble, at 11/3 in their pursuit of the 274 set by the South African batsman.

The Proteas started at 6/0 and would have hoped to bat throughout the day, however the visitors did well to restrict them to 204 all out.

The Proteas lost five wickets for just 52 runs after lunch, before the lower order collapsed shortly after tea to send them from 183/6 to 204 all out.

Unfortunately for the visitors, the good display in the field did not translate to one with the bat. The top order crumbled in the six overs they had to face before the close of play.

South Africa’s spin twins were at it first up yet again, with Simon Harmer getting the first breakthrough in the second over.

Shadman Islam was caught by Keegan Petersen without scoring, before Keshav Maharaj took charge in the penultimate over.